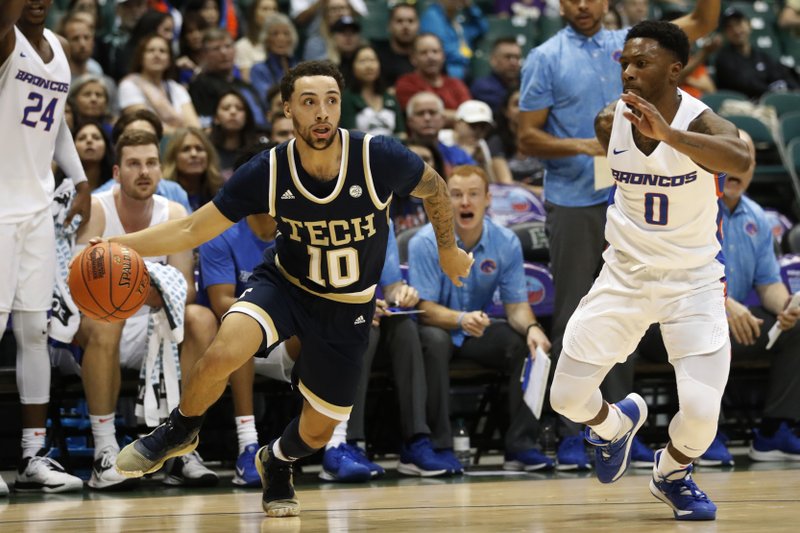 The Houston Cougars (8-3) clash against the Georgia Tech Yellow Jackets (5-5) in the Diamond Head Classic at Stan Sheriff Center. The game starts at 7 p.m. ET on Monday, December 23, 2019.

The Cougars will be looking for a similar result after dismantling the Portland Pilots in their last game, 81-56. The Cougars held the Pilots to an offensive rebounding percentage of 18.8 (below the 25.7 mark opponents have averaged against Houston this season). The Pilots also had a turnover percentage of 21.6 (above their season average of 18.3). With 18 points on 7-for-11 shooting, Quentin Grimes was the game’s high scorer.

In the Yellow Jackets’ last game, they were victorious over the Boise State Broncos, 74-60. Georgia Tech’s offensive rebounding percentage was their largest advantage over Boise State. The Yellow Jackets had a rate of 36.7 (above their season average of 25.1), while the Broncos posted a mark of 20.0 (below the 28.2 mark opponents have averaged against Georgia Tech this season). Moses Wright was the top scorer from either team with 18 points on 7-for-7 shooting from the field.

This contest should be a showdown of contrasting paces. Georgia Tech likes to play up-tempo (33rd in possessions per game), while Houston is more half-court-oriented (258th in possessions per game). Additionally, the Cougars’ 14th-ranked offense (offensive efficiency of 114.3) will go head-to-head against the Yellow Jackets’ 59th-ranked defense (defensive efficiency of 90.5).

Houston averages 43.5 rebounds per game, which ranks third in the country. Georgia Tech ranks 212th in rebounds allowed per game (37.6).

The Cougars’ average margin of victory in their last five games has been 13.4, up from 11.4 for the season.