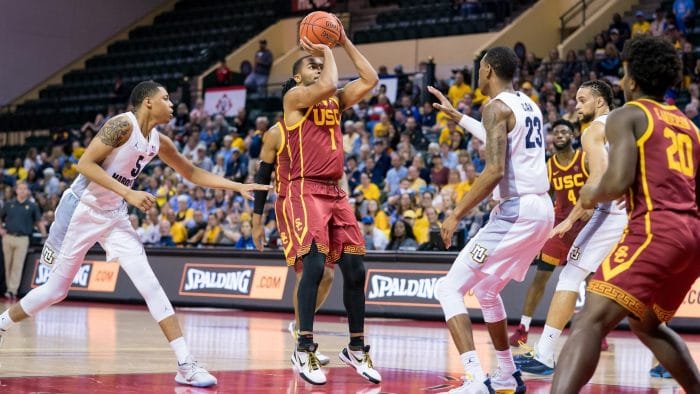 In the Crimson’s last matchup, they were beaten by the No. 5 Maryland Terrapins, 80-73. Maryland out-rebounded Harvard. The Terrapins had more offensive rebounds (15 vs. four), defensive rebounds (29 vs. 25) and total rebounds (44 vs. 29). Bryce Aiken was the top scorer from either team with 30 points on 10-for-18 shooting.

It will be a showdown of opposite paces as the up-tempo Trojans will look to push the more methodical Crimson. Dating back to last season, the Trojans rank 64th in possessions per game while the Crimson are 171st.