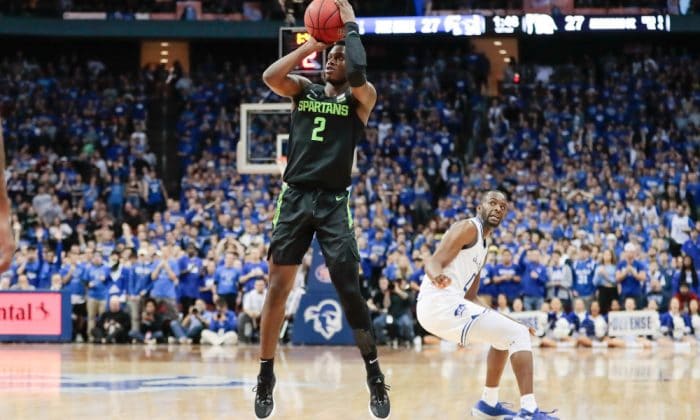 In the Bulldogs’ last game, they were thoroughly outplayed by the Dayton Flyers, 80-61. Converting at the free throw line was one of Dayton’s biggest advantages. They were 16-19 (84.2 percent), while the Bulldogs were just 9-17 (52.9 percent). Tye Fagan led Georgia in scoring with 11 points on 5-for-5 shooting.

The Spartans fell to the Virginia Tech Hokies in their last outing, 71-66. Virginia Tech’s free throw rate was their biggest strength over Michigan State. The Hokies had a rate of 0.288 (above their season average of 0.132), while the Spartans posted a mark of 0.169 (below their season average of 0.224). Aaron Henry had a good performance for Michigan State, leading the team in scoring with 18 points on 7-for-12 shooting.

The prolific offense of Michigan State will square off against the bottom-tier defense of Georgia. Dating back to the 2018-19 season, the Spartans rank 12th in offensive efficiency, while the Bulldogs are 257th in defensive efficiency. The Spartans should have the edge on that end of the court. Additionally, the Bulldogs have been among the nation’s best at getting to the line, ranking 12th in free throw attempt (FTA) rate (0.288). The Spartans, meanwhile, rank 41st in opponents’ FTA rate (0.188).