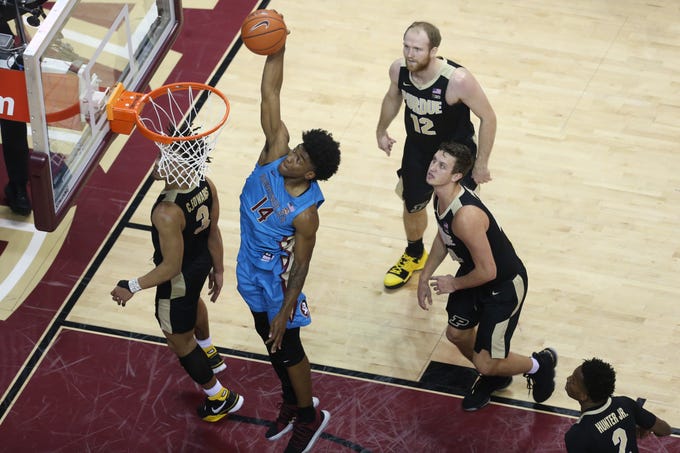 The Florida State Seminoles (6-1) face off against the Purdue Boilermakers (4-2) in the Emerald Coast Classic at The Arena at NW Florida St. The game starts at 7 p.m. ET on Saturday, November 30, 2019, and will air on CBS Sports Network.

The last time the Seminoles played, they defeated the No. 17 Tennessee Volunteers, 60-57. Florida State’s turnover percentage was their largest advantage over Tennessee. The Seminoles had a rate of 16.3 (better than their season average of 17.1), while the Volunteers posted a mark of 27.7 (above their season average of 15.8). With 13 points on 2-for-9 shooting, Devin Vassell led Florida State in scoring.

The Boilermakers edged the No. 20 VCU Rams in their last matchup, 59-56. The Boilermakers held the Rams to an offensive rebounding percentage of 19.2 (below their season average of 32.6) and had a free throw rate of 0.432 (above their season average of 0.166). With 10 points and seven rebounds, Purdue’s Trevion Williams put together a good performance.

The game should be a matchup of strength against strength as the high-powered offense of Purdue takes on the top-notch defense of Florida State. Dating back to the 2018-19 season, the Boilermakers rank sixth in offensive efficiency, while the Seminoles are 29th in defensive efficiency.

Florida State averages 4.4 blocks per game, which ranks 43rd in the NCAA. Purdue ranks 194th in blocks allowed per game (3.6).