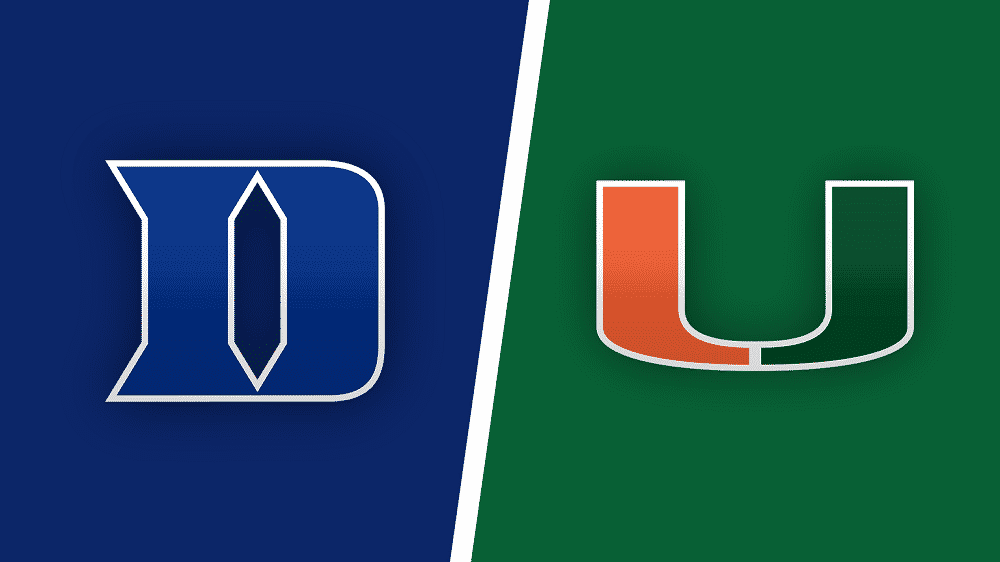 The Duke Blue Devils visit the struggling Miami Hurricanes on the first day of February, so I bring you all need-to-know betting tips and trends along with my top betting pick for this Atlantic Coast Conference showdown at Watsco Center in Coral Gables, Florida.

According to BetMGM Sportsbook, the Blue Devils are firm 8-point favorites with a total of 139.5 points. They won four straight games over the Hurricanes while covering the spread on all four occasions, so the Blue Devils will look to extend their dominance over Miami.

Last Saturday, the Blue Devils had no mercy in that 26-point victory over the Tigers. They made 45.9% of their field goals while holding Clemson to 35.1% shooting from the field and 23.8% from downtown. Duke led by as many as 35 points, and five guys scored in double figures.

Still, sophomore forward Matthew Hurt leads the way for Duke this term. He’s racking up 18.7 points and 7.7 rebounds per contest while making 53.5% of his field goals and 44.4% of his 3-pointers.

Miami is coming off another disappointing loss

The Miami Hurricanes (6-10; 2-9 Conf.) are in serious crisis. They ride a four-game losing streak while going 0-4 ATS in the process. Last Saturday, the Hurricanes lost at Wake Forest 66-54 as 3.5-point road dogs, while their previous home clash ended in a 73-59 defeat to Notre Dame as 3-point favorites.

I’m looking for the Blue Devils to thrash off the injury-depleted Hurricanes. Duke head coach Mike Krzyzewski certainly needs some time to gel things with all the new faces on his roster, and it seems that the Blue Devils are slowly improving their form on both sides of the ball.

This Duke team has so many talented players who’ll be fired up to extend their winning streak to three games. With all the injuries among the Canes, I think eight points are a fair offer.

Three of the last four encounters between the Blue Devils and Hurricanes went in the over, but the under has hit in Miami’s previous four games overall. The Hurricanes are struggling mightily on the offensive end, trying to figure it out without their two top scorers, so I’m backing the under.

Miami failed to surpass a 60-point mark in four games in a row. I’m looking for more of the same, as the Blue Devils should shut down the shorthanded Canes.