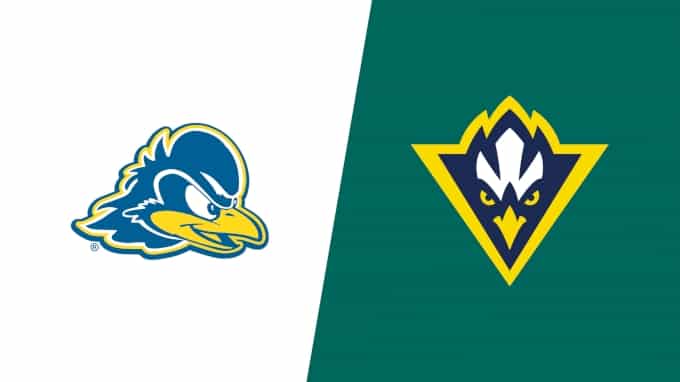 New bettors at DraftKings Sportsbook can get a 40/1 odds on this Delaware vs UNC Wilmington game! Bet $5 to win $200 on either team!

Why Bet On Delaware:

✅ The offense of Delaware will be the difference maker in this CAA championship game. The Blue Hens are more efficient from the field, shooting 5% better from the field than UNC Wilmington this season. Delaware showed against Towson that it can get off to a fast start and sustain their attack throughout, which they will do again here against UNC Wilmington.

✅ Wilmington, by the way, is somewhat fortunate to be here despite finishing in a tie for the best record in the conference this season. They were underdogs to a Charleston team that had a losing record in CAA play this season, and managed to escape with a three-point victory in that matchup. Here, it could be argued that Wilmington deserves to be an underdog yet again to a team with a lesser conference record.

✅ Keeping the ball from sticking on offense is so important in these championship game situations, where it can be tempting to play isolation-style basketball. Delaware averages over two assists per game more than UNC Wilmington, and should be able to use their superior passing to their advantage when the game is on the line.

Delaware was expected to bow out meekly against top seeded Towson in the semifinals of the Colonial Athletic Association tournament on Monday. But the Blue Hens did no such thing, taking the game to the Tigers en route to a double-digit win and a spot in the championship game. Delaware will look to complete their storybook run to the NCAA Tournament with this game against a second team that went 15-3 in conference play this season.

The most important number for Delaware in their win over Towson was the 4/23 mark that they held the Tigers to from beyond the three-point line. Delaware kept Towson to 17% from deep and 31% from the field in their semifinal triumph. It will be up to Delaware to put on a similar defensive showing if they want to claim the CAA title on Tuesday night.

UNC Wilmington defeated Elon and Charleston to get to the CAA championship game, winning as an underdog in the semifinals despite being the higher seeded team. In this game, there will be some pressure on Wilmington, as they are the higher seed and will need to avoid being upset with a tournament berth on the line. Fortunately for UNC Wilmington, they have Jaylen Sims to help relieve some of that pressure.

Sims, the leading scorer for the Seahawks, poured in 26 points in the semifinal round against Charleston. He also had 11 rebounds, with no other player grabbing more than five boards for UNC Wilmington. Sims may have to carry his team again here, but will need to be efficient to avoid letting Delaware hang around.