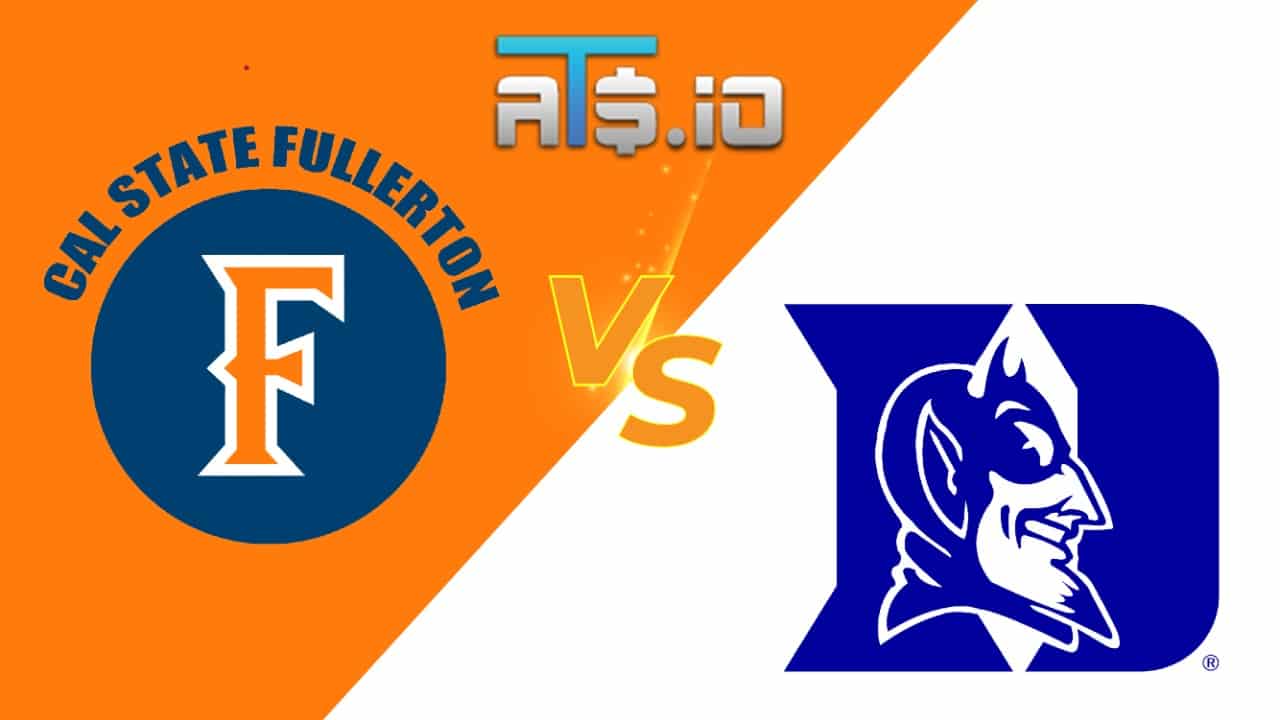 When CSU Fullerton and Duke take the floor on Friday evening, the Blue Devils will go into the game as a heavy favorite. But we have already seen a two-seed go down in this NCAA Tournament, with St. Peter’s knocking off Kentucky on Thursday. In our March Madness betting picks for Friday, we look at CSU Fullerton vs Duke and determine if Mike Krzyzewski’s team will also be on upset alert.

New bettors at DraftKings Sportsbook can get a 40/1 odds on this CSU Fullerton vs Duke game! Bet $5 to win $200 on either team!

New players at DraftKings Sportsbook can get 40/1 odds on this CSU Fullerton vs Duke matchup in the NCAA Tournament. All they have to do is put $5 on either team to win this matchup on the moneyline. If that team goes onto win the game, DraftKings will pay out $200 in free bets.

Why Bet On Duke:

✅ Duke should be able to beat CSU Fullerton in too many different ways for the Titans to keep up in this game. They can go inside or score from the perimeter with several options. While Fullerton did a nice job to get to the NCAA Tournament, their ride at the big dance should end right here.

✅ Duke is able to play at multiple paces, which will help them avoid an upset in this matchup. The Blue Devils are able to speed teams up and get out in transitions, but they are also able to execute in slow halfcourt matchups. That versatility is something that will help them here as well.

✅ This has very little to do with the matchup on the floor or the statistics behind it, but there is very little chance that Mike Krzyzewski’s final NCAA Tournament is going to end with a loss to CSU Fullerton. Expect Duke to come out focused after a loss in the ACC championship game and for them to begin what should be a deep run in this event.

CSU Fullerton got the better of Long Beach State in the final of the Big West tournament, but that is expected to be the last win of their season. The Titans are huge underdogs to Duke here, but they do have some bodies that could make things tough on the Blue Devils if they get a few breaks. Specifically, they have one legitimate interior presence that could shake up the order of things in South Carolina.

EJ Anosike averages over 16 points and eight rebounds per game for the Titans, and has the ability to make things tough on the bigs for Duke. If he can force a few early fouls and at least make the Blue Devils change their rotations around, things could get interesting here for both teams.

Duke comes into this NCAA Tournament with some serious expectations on their backs. They are not only expected to perform well in this tournament, but they are expected to go out and fight in what is going to be Mike Krzyzewski’s final set of basketball games as a coach. They begin their tournament campaign as a huge favorite against CSU Fullerton, as they will look to use their advantages at just about every position to win big.

For Duke, getting Paolo Banchero easy looks will be very important early in this game. Banchero is the key to this tournament run for Duke, and the Blue Devils will want to build his confidence for futures rounds in a tournament that he has never played in before.