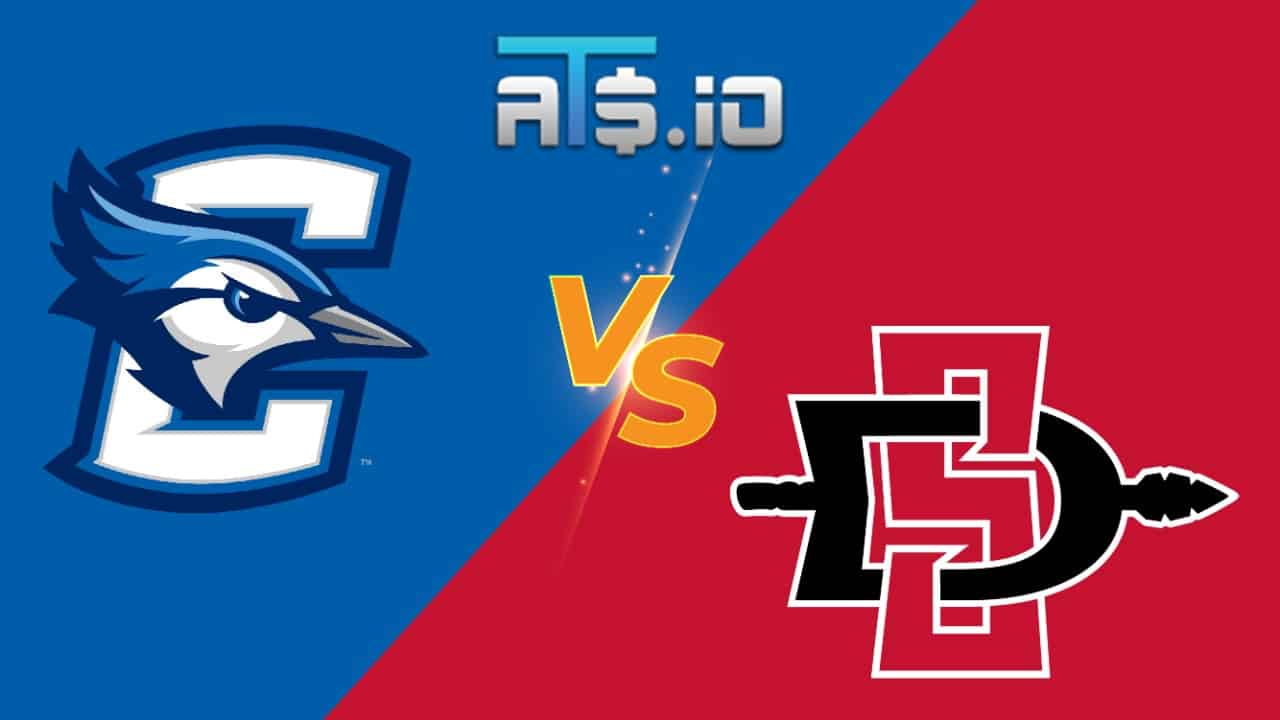 Matchups between the eight and nine seeds in the NCAA Tournament are always intriguing, and Creighton vs San Diego State is no exception. Here, the Big East and Mountain West representatives will look to score a win in the Midwest Region to set up a meeting with the Kansas Jayhawks, presumably. In our March Madness picks for the first round of the tournament, we decide whether Creighton or San Diego State will be that team.

New bettors at DraftKings Sportsbook can get a 40/1 odds on this Creighton vs San Diego State game! Bet $5 to win $200 on either team!

At DraftKings Sportsbook, first time bettors can wager $5 to win $200 on either team to win this Creighton vs San Diego State matchup. To do so, all bettors have to do is sign up using the Claim Offer button below and put $5 on either team to win this game on the moneyline. If that bet is a winner, they will get $200 in free bets for a huge 40/1 payout on what should be a tight game.

Why Bet On Creighton:

✅ Both of these teams are top-20 defenses in the nation according to Kenpom, but Creighton is just a little better on the offensive end of the floor. San Diego State is challenged when it comes to creating shots off the dribble, and are simply not dynamic enough to get easy looks against other quality defensive teams.

✅ While San Diego State leads the nation in points allowed this season, they also played an easier schedule than Creighton this season. The Bluejays are battle tested, relatively speaking, playing top teams like Villanova, Providence and UConn during the conference season. Those tests will prepare the Bluejays for what should be a knock down, drag out fight.

✅ Creighton hails from Nebraska, while this game is being played in Texas. While there will certainly be some Kansas fan presence in the building for this game given that they are playing in this venue right after this contest, Creighton fans have a much easier trip to get to Fort Worth than fans of the Aztecs. That will make a difference late in this one.

The Creighton Bluejays made it to the final of the Big East tournament last week, falling short against the Villanova Wildcats in a 54-48 game. Creighton was woeful from the three-point line in that game, shooting 10.3% from long distance. While the Bluejays held Villanova to just 25% shooting from the perimeter, Creighton will need to find a way to generate some offense.

If Creighton is going to win this game, it will need to get a strong performance out of Matt Bradley. Bradley averages over 17 points per game and has done so on 44% shooting this year. Against an Aztecs team that is very proficient at getting stops, Bradley will need to get going early to attract extra attention to give his teammates some breathing room with the basketball.

San Diego State made it to the final of the Mountain West tournament, falling short by one point against Boise State. On the way to the Mountain West championship game, the Aztecs beat Colorado State, which earned a six-seed in this very tournament. They played stellar defense in all three of their tournament games, giving up under 60 points in all three conference tournament matchups. Here, they might need a similar defensive performance to have a chance to move onto the second round.

For San Diego State, the question is whether or not they can get any offense when they need it most. They shot 50% from three-point range against Boise State, but made just 14 of their 45 field goal attempts from two-point range. They will need to get cleaner and closer looks at the basket against Creighton to have a chance to advance.