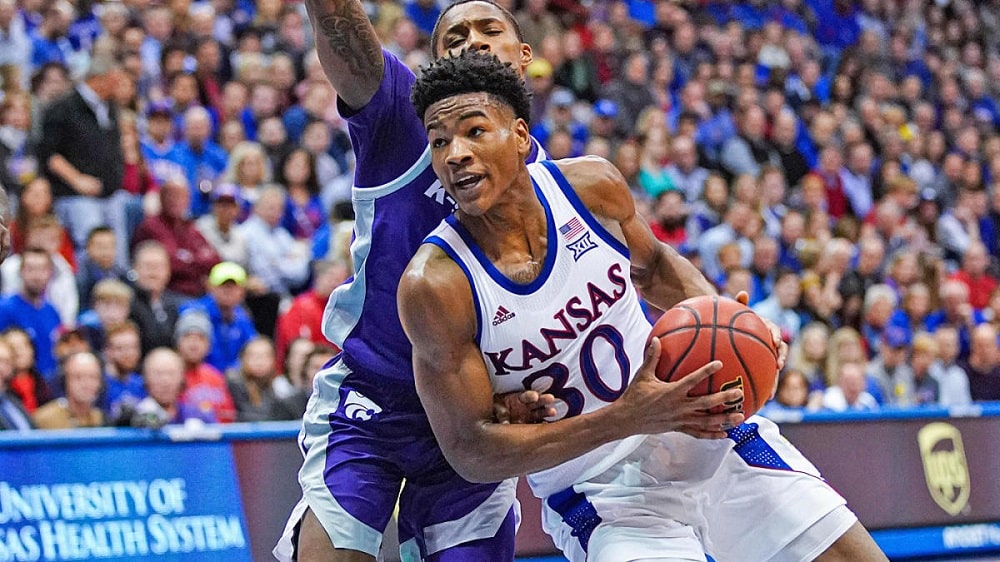 The 2020-21 college basketball season continues with plenty of interesting matchups on Tuesday’s slate, and the sports bettors will have a bunch of picks and markets to choose from. One of the headliners will take place at Allen Fieldhouse in Lawrence, Kansas, so I bring you the best betting pick and tips for the Creighton Bluejays versus Kansas Jayhawks showdown.

These two schools will face off against each other for the first time, and the stake is huge, as both rank in the top 10 of the AP Top 25 Poll. The No. 9 Bluejays are 3-0 on the season, while the No. 7 Jayhawks enter Tuesday’s game with a 4-1 record.

The Bluejays met some weak rivals in the first two weeks

The Creighton Bluejays are undefeated after the first two weeks of the season, but they beat some mediocre teams. After failing to cover a 23.5-point spread in a 69-58 home victory over North Dakota State, the Bluejays outlasted Omaha 94-67 as 21.5-point home favorites and Kennesaw State 93-58 as 37.5-point home favorites.

Thanks to their weak schedule, the Bluejays have six players who average points in double figures. Keep your eyes on Marcus Zegarowski, as the junior guard is posting 12.3 points and 7.0 assists per game, while junior forward Christian Bishop is tallying 15.0 points and 5.3 boards per contest.

The Jayhawks search for their fifth straight win

After a 102-90 defeat to the Gonzaga Bulldogs in the opener, the Kansas Jayhawks have recorded four straight wins including a 65-62 victory over the Kentucky Wildcats at the neutral site. In their previous two showings, the Jayhawks outlasted Washburn 89-54 and North Dakota State 65-61 on the home court.

Interestingly, the Bluejays have won 11 straight games in December, covering nine times in the process. Extending that streak on Kansas’ expense will be a mountain to climb, especially on the road, so I’m backing the Jayhawks to cover on DraftKings.

This will be a proper reality check for Creighton. The Jayhawks will take on one of the best defensive teams in the country, while their defense hasn’t been spectacular thus far.

On the other side, the Jayhawks have already played Kentucky and Gonzaga. They should be a sharper side in this one, while the Bluejays will hit the road for the first time this term.

The over is 7-2 in Kansas’ last nine games at home. The Jayhawks play at a fast pace, averaging 73.3 possessions per 40 minutes (71st in the country), so I’m backing the over on the totals when they take on Creighton.

Although Kansas leans on its defense, the hosts will look to push the ball in transition whenever they can, and I’ve mentioned that the Bluejays’ defense is not at the same level as their offense. Creighton averages 72.1 possessions per 40 minutes (156th), and the over is 4-2 in the Bluejays’ previous six games overall.