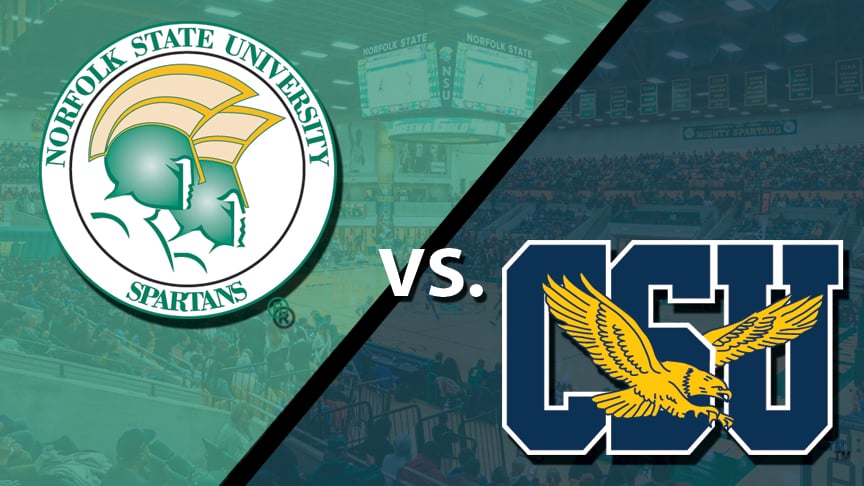 Coppin State and Norfolk State had very different seasons from a wins and losses perspective, but will both meet in the MEAC championship game on Saturday afternoon. Norfolk State is a heavy favorite against a team with less than 10 wins on the season, but one more win from Coppin State will give them an historic NCAA Tournament berth. In our college basketball betting picks, we look at Coppin State vs Norfolk State with the MEAC title on the line.

New bettors at BetMGM can get a 20/1 odds on this Coppin State vs Norfolk State game! Bet $10 to win $200 on either team making a three!

New bettors at BetMGM can take advantage of the site’s welcome bonus for a 20/1 payout on Coppin State vs Norfolk State. Bettors can put $10 on either team to win this game on the moneyline. If either team makes a single three-point shot, BetMGM will pay out $200 in free bets, for a nice bankroll builder that is difficult to lose.

Why Bet On Norfolk State:

✅ While Coppin State has been a great story during postseason play this year, they are not on the level of the top team in the MEAC. Norfolk State beat Coppin State by seven points and by 30 points during the regular season. The top seed in the MEAC tournament will take care of business here and cover the number in the process.

✅ There was such a clear gap this year between Norfolk State and the rest of the MEAC. The Spartans were the only team to finish the season more than three games above .500. So while Coppin State upsetting the second and third seeds in the tournament to get to the final, they are due for a huge step up in level of competition in this contest.

✅ Coppin State plays with a top-10 adjusted tempo in college basketball per Kenpom, but their offensive efficiency ranks in the 300s nationally. They will create enough possessions for Norfolk State to cover the spread, and Coppin State will not be effective enough on offense to make the most of them.

The Coppin State Eagles finished second to last in the MEAC in the regular season, but find themselves in the conference championship game on Saturday. They have beaten Howard and North Carolina Central to make it to the title game, and will look to take out all three of the top seeds in order to earn their way into the NCAA Tournament.

The problem for the Eagles is the fact that there does not exist a team in the MEAC on the level of Norfolk State right now. While beating the two and three seeds to get here would carry some weight in most other leagues, it simply will not prepare the Eagles to take on a Spartans squad that is head and shoulders above the rest of the league at the moment.

Norfolk State has taken care of business as the top seed to reach the final of the MEAC tournament, beating Delaware State and Morgan State to get there. The question for the Spartans here is whether or not they can overcome the nerves that come with a win or go home championship game in a one-bid conference, which has tripped up better teams in the past.

Fortunately for the Spartans, they have Joe Bryant Jr. to ease some of those nerves in the championship game. Bryant averages over 16 points per game, and shoots over 90% from the free throw line. His steadying presence should be enough to get Norfolk State rolling en route to a win in the MEAC championship game.