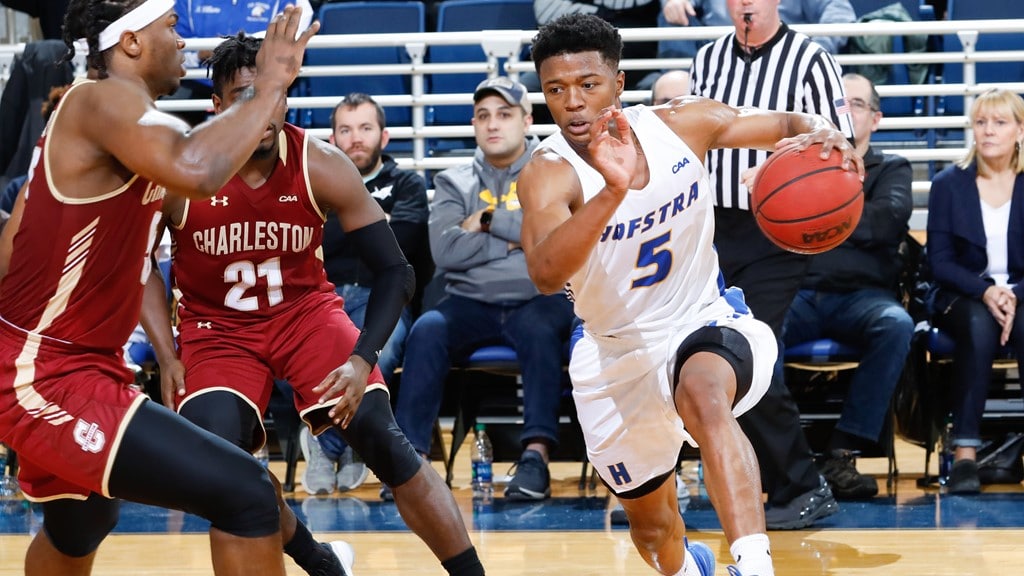 In the Cougars’ last contest, they were defeated by the Elon Phoenix, 72-65. Elon’s turnover percentage was their largest advantage over Charleston. The Phoenix had a rate of 8.4 (better than their season average of 16.1), while the Cougars posted a mark of 11.3. Grant Riller led Charleston in scoring with 26 points on 8-for-20 shooting.

The Pride beat the Northeastern Huskies in their last game, 75-71. Hofstra made good use of their 29 trips to the free throw line, converting on 24 of them (82.8 percent). Northeastern, meanwhile, was 13-15 (86.7 percent). Jalen Ray was Hofstra’s high scorer with 22 points on 5-for-14 shooting from the field.

Hofstra could put on a ball-control clinic in this matchup. Hofstra ranks 30th in the NCAA at avoiding errors (turnover percentage of 16.6 percent), while Charleston forces the 75th-fewest turnovers (17.8 percent).

The Cougars’ average margin of victory in their last five games has been 7.4, up from 4.0 for the season.