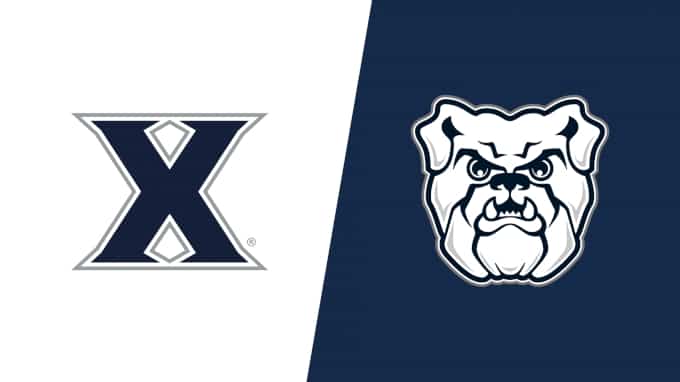 The Butler Bulldogs and Xavier Musketeers face off at Cintas Center in Cincinnati on Sunday night for their second Big East showdown of the season, so here’s my best betting pick along with all the key tips and trends.

Back on January 30, the Musketeers easily outlasted the Bulldogs 68-55 as 2-point road underdogs with a total of 132.5 points. This time, the Musketeers opened as firm 8.5-point home favorites, according to DraftKings Sportsbook, while the totals are set at 133.5 points.

Butler is coming off a heavy home loss

The Butler Bulldogs (7-12; 6-10 Conf.) have lost two games in a row, suffering a couple of heavy defeats at Georgetown 78-63 as 2-point road dogs and to Marquette 73-57 as 2-point home favorites. The Bulldogs struggled mightily on the offensive end on both occasions, shooting 39.0% from the field against the Hoyas and just 33.9% against the Golden Eagles.

Xavier dropped two straight for the second time this season

After a surprising 80-72 home loss to the UConn Huskies last Saturday, the Xavier Musketeers (11-4; 4-4 Conf.) suffered a 93-84 defeat at St. John’s this past Tuesday. They played some lousy defense, especially against the Red Storm who knocked down 51.5% of their field goals and went 11-for-29 from downtown.

This is a huge game for the Musketeers who desperately need to stop their slide as soon as possible if they want to stay in the mix for the Big Dance. Of course, the Musketeers will have a chance to win the Big East Championship Tournament, but Travis Steele’s boys would certainly rather grab a few more wins in the regular season and secure their playoff berth.

The Bulldogs are quite unpredictable, but I don’t think they’ll have enough offensive firepower to deal with Xavier. Butler is a solid defensive team, but the Bulldogs could easily struggle against the Musketeers’ offense, too, if Xavier enjoys a solid shooting night.

Therefore, I’m going with the under on the totals. Three of the last four encounters between Butler and Xavier went in the under including their first meeting of the season in January.