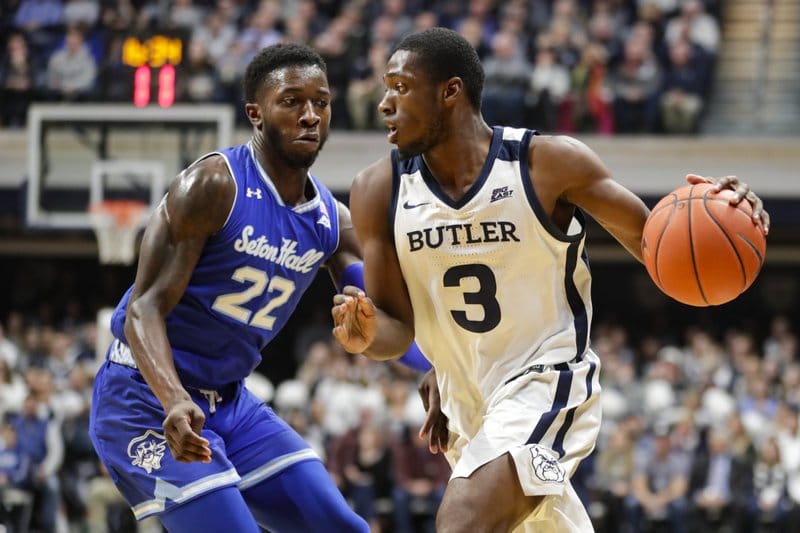 Game Odds: Seton Hall opens as a 6 point home favorites, with a total of 134.5 at Draftkings NJ Sportsbook.

The Bulldogs are hoping for a better outcome after their 73-66 loss to the Georgetown Hoyas in their last contest. Georgetown’s 0.271 free throw rate was their biggest advantage over Butler, who had a mark of 0.115. The Hoyas’ mark was above their season average of 0.265, while the Bulldogs’ was below their season average of 0.228. Kamar Baldwin led Butler in scoring with 17 points on 7-for-17 shooting.

The last time the Pirates played, they lost a tough one to the Providence Friars, 74-71. Providence’s rebounding was their biggest advantage. The Friars had more offensive rebounds (20 vs. 11), defensive rebounds (27 vs. 24) and total rebounds (47 vs. 35). With 27 points on 9-for-20 shooting, Myles Powell led Seton Hall in scoring.

This will be the second game of the season between these two squads. In the first, Powell scored a game-high 29 points and the Pirates beat the Bulldogs 78-70. He also had seven rebounds. The Pirates made 21 of their 25 free throws (84.0 percent) and had a better turnover percentage (11.5 vs. 14.4).