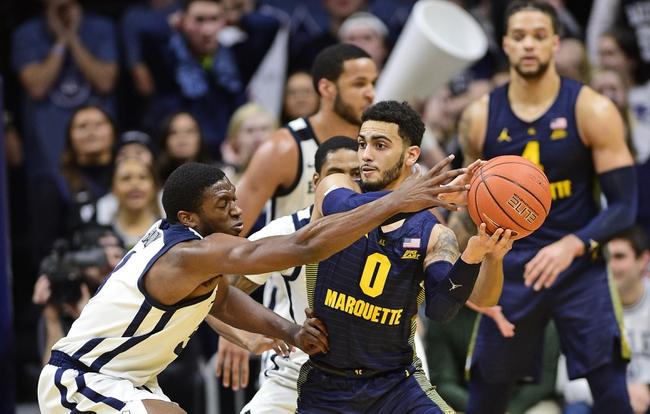 The last time the Bulldogs played, they defeated the No. 10 Villanova Wildcats, 79-76. Butler’s effective field goal percentage was their biggest strength over Villanova. The Bulldogs had a rate of 0.635 (above their season average of 0.526), while the Wildcats posted a mark of 0.555. With 21 points on 7-for-8 shooting, Sean McDermott was Butler’s leading scorer.

The Golden Eagles defeated the DePaul Blue Demons in their last matchup, 76-72. Marquette was effective at getting and making free throws. The Golden Eagles made 29 of their 35 free throws (82.9 percent), while the Blue Demons were just 12-23 (52.2 percent). Markus Howard was the top scorer from either team with 31 points on 8-for-21 shooting from the field.

This is the second game of the season between these two teams. Baldwin scored a game-high 31 points in the first matchup, in which the Bulldogs defeated the Golden Eagles 89-85. He also had eight rebounds and five assists. Butler did a great job of getting and making free throws (27-31; 87.1 percent). Marquette, meanwhile, made 16 of its 38 three pointers (42.1 percent).

Conflicting paces will be on display in this matchup. Marquette prefers a fast-breaking style of play (49th in possessions per game), while Butler likes to grind-it-out (341st in possessions per game). Additionally, the sharp-shooting offense of the Bulldogs ranks 55th in effective field goal percentage (0.530), while the Golden Eagles are 40th-best in the nation at effective field goal percentage allowed (0.456).