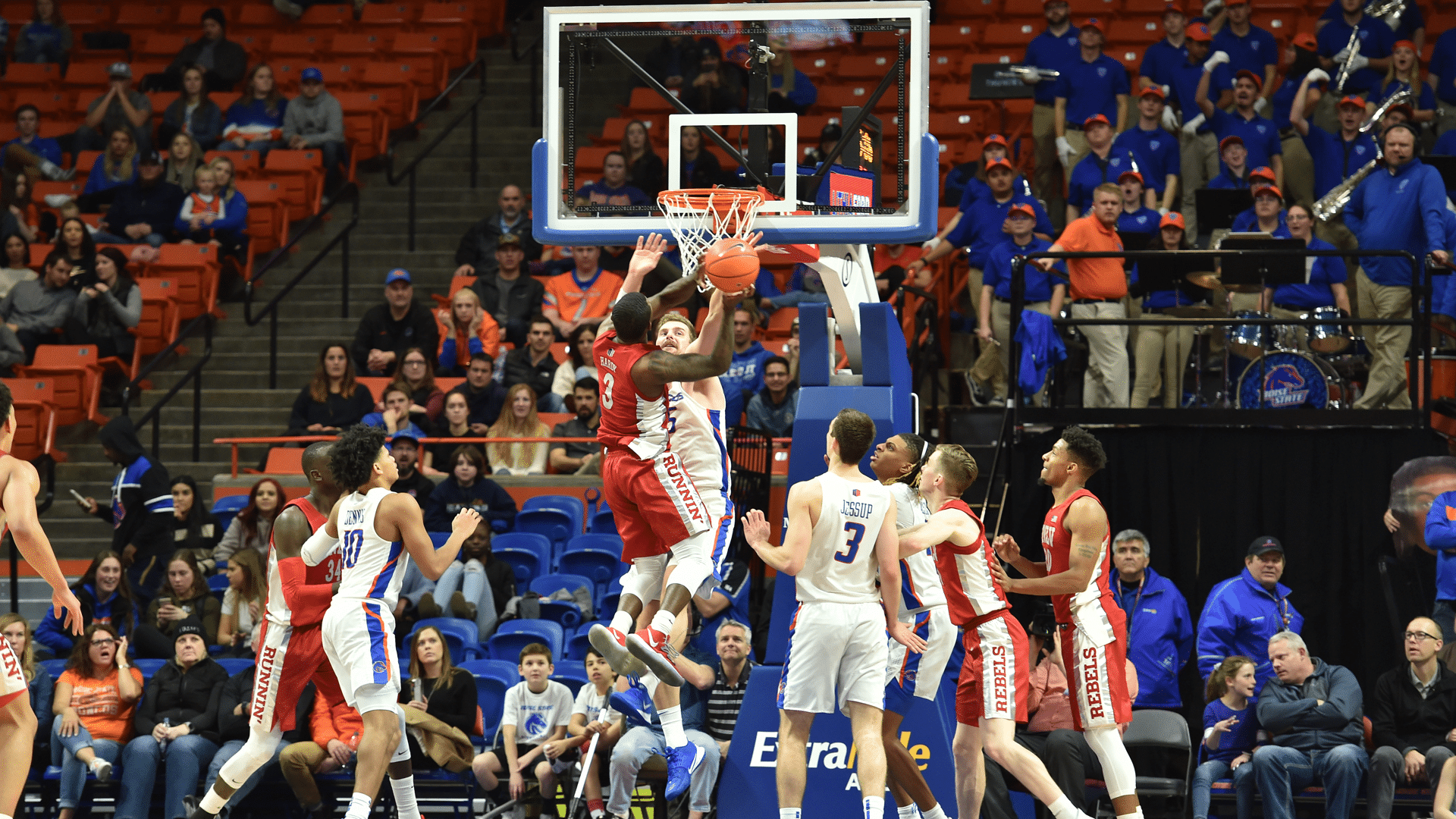 The Broncos will be looking for a similar result after beating the New Mexico Lobos in their last game, 74-61. Boise State won the rebounding battle. The Broncos had 13 offensive rebounds and 35 total rebounds, while the Lobos had five and 27, respectively. Boise State was lifted by RJ Williams, who was the top scorer from either team with 27 points on 11-for-14 shooting.

The last time the Runnin’ Rebels played, they barely escaped the No. 4 San Diego State Aztecs, 66-63. UNLV’s 14.8 turnover percentage was their biggest advantage over San Diego State, who had a rate of 16.1. The Runnin’ Rebels’ mark was better than their season average of 16.8. With 11 points and 10 rebounds, UNLV’s Bryce Hamilton had a good game.

This will be the second game of the season between these two squads. In the first, Derrick Alston Jr. scored a game-high 26 points and the Broncos beat the Runnin’ Rebels 73-66. He also recorded 10 rebounds. Boise State did a fantastic job of getting and making free throws (23-31; 74.2 percent). UNLV, meanwhile, had a better offensive rebounding percentage (34.2 vs. 30.3).

The Broncos average 24.6 three pointers per game, which ranks 70th in the country. The Runnin’ Rebels rank 222nd in three pointers allowed per game (23.6).

The Broncos’ average margin of victory in their last five games has been 4.4, down from 7.7 for the season.