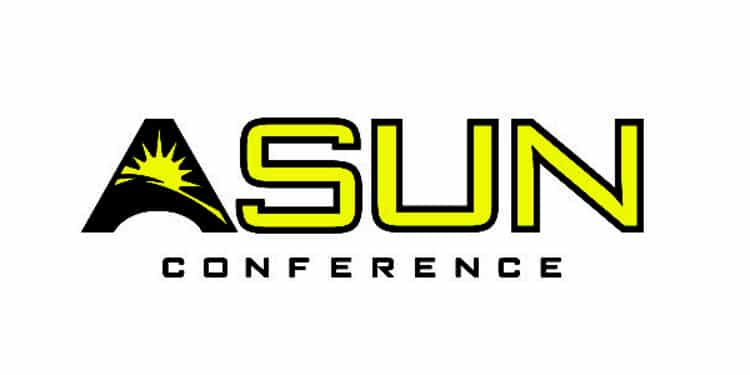 The Atlantic Sun Conference Tournament starts on Thursday March 4 with games to be played in Jacksonville at UNF Arena, the home of the North Florida Ospreys, and Swisher Gymnasium, the home of the Jacksonville Dolphins. The Dolphins suspended their season on February 26, so they are hosting the tournament, but will not be playing in it.

North Florida is the #4 seed with something of a home court advantage as a minimum capacity crowd will be on hand to check out the games in the A-Sun Tournament.

The weird thing here is that #2 Bellarmine is not eligible for the NCAA Tournament as a transitional member to Division I. They can still win the conference tournament, but the auto bid would then go to the team that lost in the title game to the Knights.

All eight teams are in action on Thursday March 4:

The winners of those games would advance to the semifinals on Friday, where the tournament field will reseed, so the highest-seeded team will play the lowest-seeded team and then the other two will play.

The Championship Game is on Sunday March 7.

Liberty is the top team in this conference and put an emphatic stamp on that distinction with a blowout win over Bellarmine on the last day of the regular season. Bellarmine will treat this like it’s the NCAA Tournament because the Knights cannot qualify for the Field of 68.

Lipscomb is a name that college basketball bettors should know, though they should also know that former head coach Casey Alexander is now with Belmont. The Bisons are pretty clearly the third-best team in this league, though this year’s version is pretty poor defensively.

Liberty is the highest-rated team in both offensive and defensive efficiency in the league. The Flames also have wins over major conference foes in Mississippi State and South Carolina and kept it respectable in a loss to Missouri.

North Alabama is also ineligible, so the Lions also have varying motivations in this tournament as they take on one of the hosts in North Florida on Thursday. Stetson is a fairly strong #7 seed in that they were better than most of the teams in the bottom of this conference. The Hatters shot 36.8% on three pointers this season, so they could be a bit of a dangerous team, particularly in the matchup with Bellarmine, a team that allowed a 39.4% success rate on triple tries.

Stetson is pretty clearly the best long shot team in this league.

Stetson was one of two teams that beat Liberty during the regular season. The Hatters really are going to be the most dangerous team in the bottom of the bracket and they’d be the team I would most consider from a futures standpoint, but more with a money line rollover than the futures price. They’ll be a pretty big underdog against Bellarmine and then an underdog to Liberty in the semifinals.

I’d play Stetson ML against Bellarmine and then maybe 30% or 40% of that amount on Stetson against Liberty.

I’d also play a Liberty future, though it is at a minus price. They’re going to win this conference tournament in all likelihood.  They’re far and away the best team.