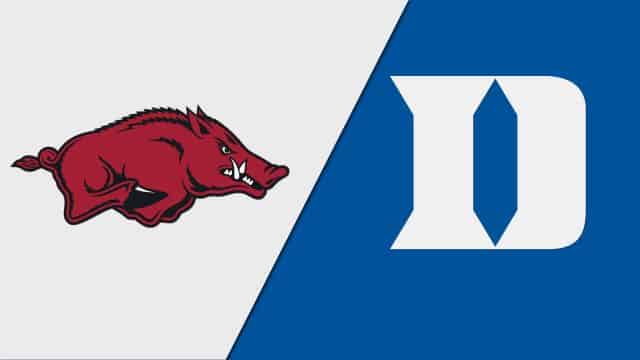 The West region final is schedule for Sunday night when the #4 Arkansas Razorbacks (28-8) and #2 Duke Blue Devils (31-6) look for an Elite Eight win. The winner of this game will play either North Carolina, UCLA, Purdue, or Saint Peter’s. This game will air live on TBS.

Check out our March Madness Sportsbook Promos for the best new user bonuses for the tournament.

Last time out, Arkansas advanced to the Elite Eight with an impressive 74-68 win over #1 Gonzaga. The Razorbacks were very good in this game as they did not allow to lead after the 18-minute mark in the second half. JD Notae did it all with 21 points, six rebounds, six assists, three steals and two blocks in the win. Gonzaga shot 37.5% from the field, 23.8% from three and made 15 of their 20 free throws.

Duke played #3 Texas Tech and earned a hard-fought 78-73 win. This was one of the better games of the tournament as the second half was back-and-forth throughout. Paolo Banchero had 22 points, four rebounds, four assists and three steals. Texas Tech shot 47.0% from the field, 31.6% from beyond the arc and made five of their nine free throws.