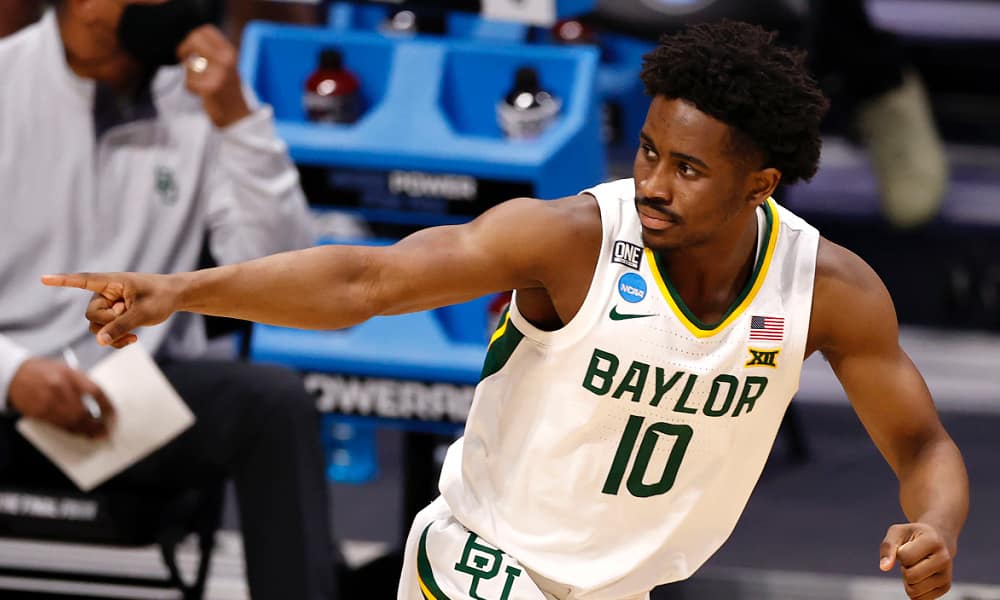 The No. 3 Arkansas Razorbacks will face off against the No. 1 Baylor Bears in the South Region Elite Eight showdown at Lucas Oil Stadium in Indianapolis on Monday night, so I bring you the best betting pick and odds for this marquee matchup.

The Bears opened as 7-point favorites with a total of 149.0 points on DraftKings Sportsbook, while the Razorbacks are listed as +245 moneyline dogs. Baylor and Arkansas meet for the first time in nearly 12 years, and the Bears had no mercy in their previous encounter, dismantling the Razorbacks 70-47 as 4-point favorites.

The Arkansas Razorbacks were massive 11-point favorites for their Sweet 16 matchup with the No. 15 Oral Roberts, and Eric Musselman’s boys certainly didn’t meet the expectations with a narrow 72-70 victory.

It was an awful shooting night for the Razorbacks who went 1-for-9 from beyond the 3-point line. They made just 37.7% of their field goals, but the Razorbacks dominated the Golden Eagles on the glass, posting a whopping 18 offensive rebounds.

Baylor outlasted Villanova in the previous round, overcame cold outside shooting

The Baylor Bears leaned on their defense to get them through the Sweet 16. Although they shot only 3-for-19 from beyond the arc, the Bears managed to put on a strong defensive performance and overcome a seven-point deficit from halftime.

Baylor allowed just 21 second-half points. The Bears forced 16 turnovers and tallied eight steals, finishing the game pretty comfortably. Junior guard Davion Mitchell led the way for Baylor with 14 points and a couple of assists and steals in 36 minutes on the floor, while sophomore guard Adam Flagler accounted for 16 points off the bench.

The Bears survived a bad day in the office in the Sweet 16, as well as the Razorbacks, and I’m expecting both teams to improve Monday. If the Bears put on a good offensive performance, they should win this game, but I don’t feel comfortable with a 7-point spread.

The Razorbacks are not an elite defensive team despite their defensive rating. The Bears have great depth, especially in the backcourt, and Baylor’s 3-point shooting could make all the difference. I’m backing Baylor as a 5-point fave at slightly lower wages.

The Razorbacks love to play at a fast pace, recording 72.8 possessions per 40 minutes (17th in the country), while the Bears average 68.2 (178th). Although both teams are capable of putting some serious numbers on the scoreboard, I’m going with the under, looking for the Bears to slow down things and lean on their defense once more.

Baylor’s depth will allow them to stay aggressive for all 40 minutes. On the other side, the Razorbacks have to bring their best defense or will be easily eliminated.