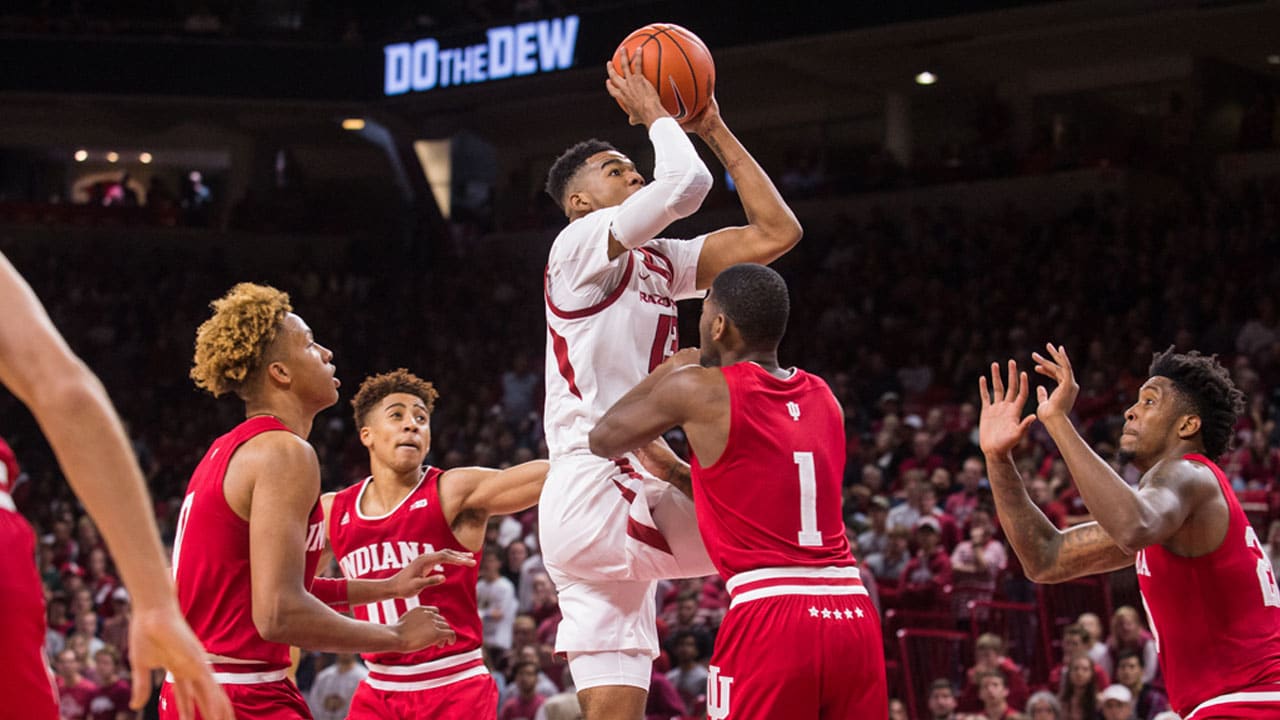 The Indiana Hoosiers (11-1) welcome the Arkansas Razorbacks (10-1) in a matchup that pits great offense against exceptional defense. The game is scheduled to get underway at 6 p.m. ET on Sunday, December 29, 2019.

In the Razorbacks’ last matchup, they beat the Valparaiso Crusaders, 72-68. One of Arkansas’ largest advantages was getting to the charity stripe. They made 31 trips to the line, while Valparaiso went just 11 times. Arkansas rallied around Isaiah Joe, who was the top scorer from either team with 21 points on 5-for-16 shooting.

The Hoosiers edged the Notre Dame Fighting Irish in their last contest, 62-60. Indiana won the rebounding battle. The Hoosiers had more offensive rebounds (15 vs. nine), defensive rebounds (27 vs. 23) and total rebounds (42 vs. 32). With 14 points and seven rebounds, Trayce Jackson-Davis had a solid game for Indiana.

After splitting two games last season, this will be the first matchup of the year between these two teams. The Hoosiers won the most recent contest 63-60. The Hoosiers had a better offensive rebounding percentage (25.7 vs. 22.2) and had a better free throw rate (0.294 vs. 0.255).

This matchup pits one of the country’s top offenses against one of its elite defenses as Indiana currently ranks 15th in offensive efficiency and Arkansas is third in defensive efficiency. Additionally, the Razorbacks rank 321st in offensive rebounding percentage (22.0 percent), while the Hoosiers rank 31st in defensive rebounding percentage (76.8 percent).

Arkansas averages 5.4 blocks per game, which is ranked 18th in the nation. Indiana ranks 65th in blocks allowed per game (3.0).

The Razorbacks’ average margin of victory in their last five games has been 6.0, down from 15.6 for the season.