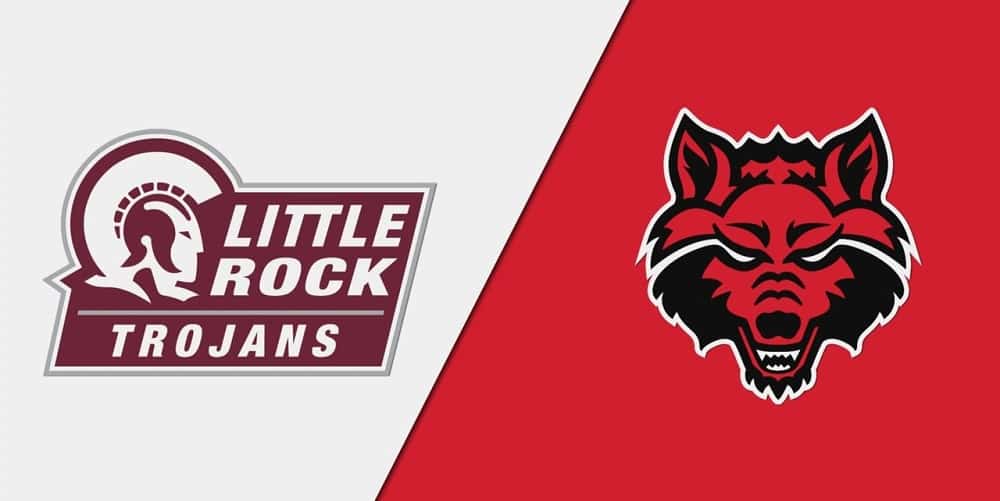 The Sun Belt Conference Championship Tournament tips off Friday, March 5, with the first-round matchups, so I’ve prepared the best Arkansas-Little Rock Trojans vs. Appalachian State Mountaineers betting pick and tips along with the latest odds on BetMGM Sportsbook.

The Trojans meet the Mountaineers for the first time this term, opening as 1-point underdogs at the neutral site in Pensacola, Florida. Last season, Little Rock won both of its encounters with App State, but the Trojans are only 2-4 straight up and 1-2-3 ATS in their previous six meetings with the Mountaineers.

The Arkansas-Little Rock Trojans (11-14; 7-11 Conf.) defeated the Louisiana-Lafayette Ragin’ Cajuns 69-59 this past Saturday to put an end to a terrible seven-game losing streak. They played good defense, holding the Ragin’ Cajuns to just 33.3% shooting from the field, while junior forward Nikola Maric led the way for Little Rock with 17 points, four rebounds, and a couple of blocks.

App State lost to Georgia Southern in its regular-season finale

The Appalachian State Mountaineers (13-11; 7-8 Conf.) have been struggling mightily over the last few weeks, going 1-6 straight up and ATS through their previous seven games overall. After snapping a five-game losing streak with an 84-78 double-overtime win at Georgia Southern this past Friday, the Mountaineers lost 65-57 at the Eagles on Saturday.

This should be a very tight contest between a couple of struggling teams, so I’m not surprised by a 1-point spread. Both schools have some serious defensive issues, though App State seems like a more balanced team than Little Rock.

The Trojans lean on a couple of big men and the Mountaineers will struggle to defend against Nikola Maric and Monyyong. However, the Mountaineers’ depth will be a very important factor, especially on the defensive end.

App State should be able to shake and tweak things throughout the clash, so I’m backing the Mountaineers to escape with a narrow win.

The under is 4-2 in App State’s last six outings, and it is 11-3 in Little Rock’s previous 14 games overall. I’ve mentioned that both teams have defensive issues, but they also struggle on the offensive end.

Neither side prefers to play at a fast pace, while the Trojans will try their best to slow things as much as they can and feed their big men in the paint. Therefore, give me the under on the totals. Four of Little Rock’s last five contests produced fewer than 134 points in total, as well as four of App State’s previous six games overall.