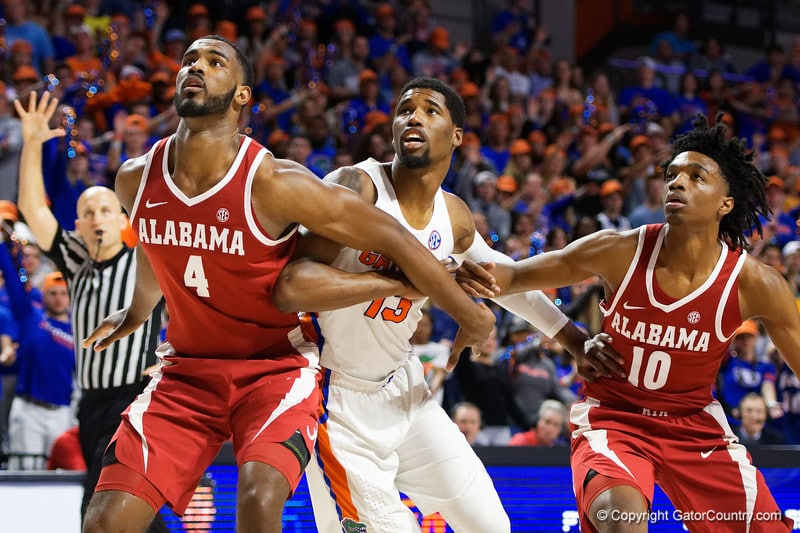 It will be a battle between SEC opponents when the Florida Gators (8-4) welcome the Alabama Crimson Tide (7-5) to the Stephen C. O’Connell Center. The game is scheduled to start at 6 p.m. ET on Saturday, January 4, 2020.

In the Crimson Tide’s last game, they beat the Richmond Spiders, 90-78. Alabama’s offensive rebounding percentage was their biggest strength over Richmond. The Crimson Tide had a rate of 42.5 (above their season average of 29.8), while the Spiders posted a mark of 28.9. With 28 points on 8-for-18 shooting, Jaden Shackelford was the top scorer from either team.

The Gators dismantled the Long Beach State Beach in their last game, 102-63. The Gators, who came into the game averaging an offensive rebounding percentage of 31.1, had an absurd mark of 40.0 and had a turnover percentage of 10.8 (better than their season average of 15.9). With 16 points and 10 rebounds, Noah Locke played well for Florida.

There’s a decent chance that Alabama struggles to create turnovers. Florida ranks 80th in the country at avoiding errors (turnover percentage of 17.9 percent), while Alabama forces the 89th-fewest turnovers (18.4 percent). Opposite tempos will be on display in this battle. The up-tempo Crimson Tide rank sixth in possessions per game, while the slower-paced Gators rank 306th.

After the Gators won the lone game against the Crimson Tide last season, 71-53, these teams will meet for the first time this year. The Gators had a much better offensive rebounding percentage (21.7 vs. 16.1) and had a better turnover percentage (13.8 vs. 17.3).

The Crimson Tide’s average margin of victory in their last five games has been 11.6, up from 5.1 for the season.