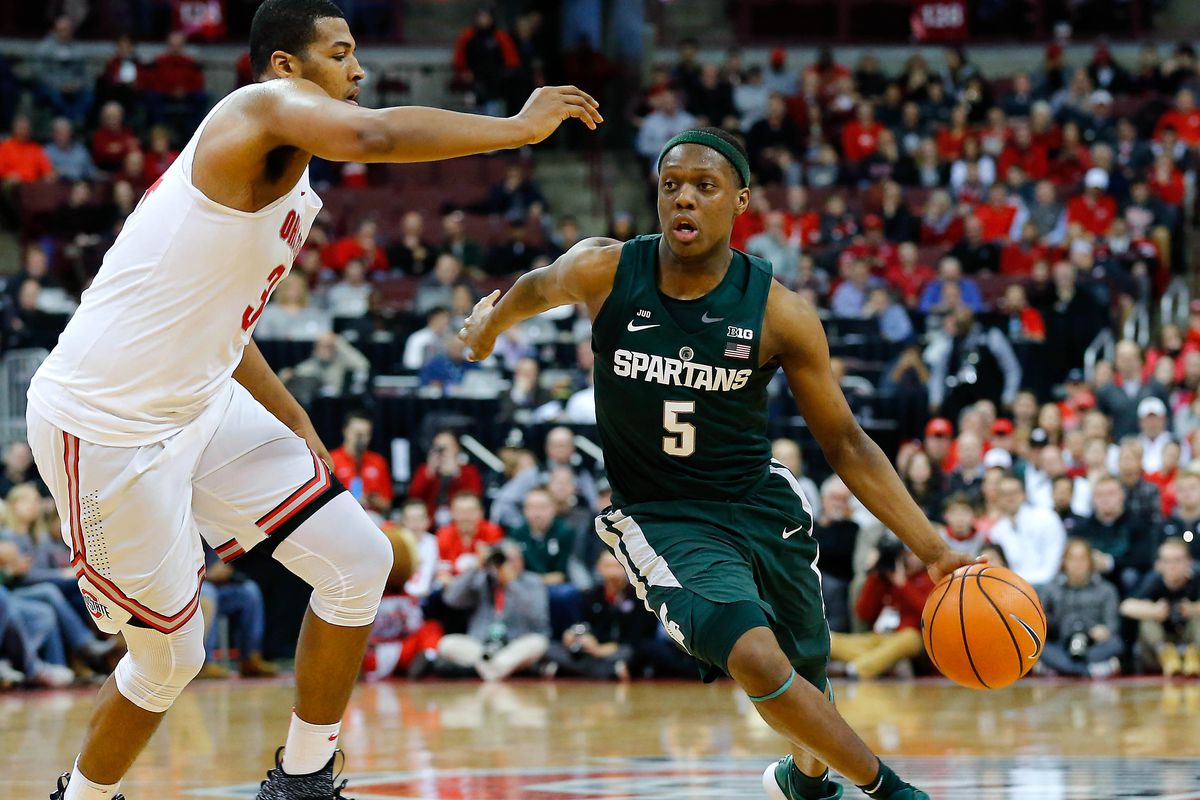 The game of the weekend, in the Big Ten, takes us to East Lansing as the #9 Maryland Terrapins (20-4 overall 10-3 Big Ten) take on the Michigan State Spartans (17-8 overall 9-5 Big Ten) on Saturday February 15, 2020. This is the most important Big Ten game of the season so far and could determine the regular season winner.

Maryland enter the weekend atop the Big Ten standings with a one game lead over the 13th ranked Penn State Nittany Lions. Just behind Penn State is Michigan State, #21 Iowa and #22 Illinois. According to Joe Lunardi’s latest Bracketology Maryland would be a #2 seed in the South region and would have a date with the 15 seed UC Irvine.

Michigan State has gone from #1 in the country to start the season to unranked and two games back of the Big Ten leaders. The Spartans need to take care of business at home if they want to keep their regular season title dreams alive. Sparty would be a #5 seed in the West region and would face either Stanford or Arkansas in the first round.

Below is my best bet for #9 Maryland at Michigan State. All odds are from Draftkings NJ Sportsbook.

The Maryland Terrapins extended their winning streak to seven games with a tight 72-70 home win over the Nebraska Cornhuskers. Maryland was up seven with just over one minute to go, but the Cornhuskers kept fighting and made it a one point game with just 12 seconds left. Ultimately, the Terrapins came away with the win and are still in the driver’s seat to win the Big Ten regular season title. Maryland is 13-11 against the spread and the under has hit in 14 of their 24 games this season.

Michigan State ended their three game losing streak in style by winning on a walk-off dunk over #22 Illinois. The Spartans led by 17 at the half, and as much as 20 in the second half, but Illinois came storming back to take the lead with around five minutes to go. Zavier Tillman threw down a huge dunk with six seconds left to give the Spartans the much needed win. Michigan State is 11-14 against the spread and the under has hit in 13 of their 25 games this season.

Series History: These two teams have met 14 times in the past and Michigan State holds a 9-5 all-time advantage. The Spartans have won three in a row and six of the last seven in this series.

Prediction: I like Michigan State to win, but this line seems a bit high, so give me Maryland +6.5 in this one.