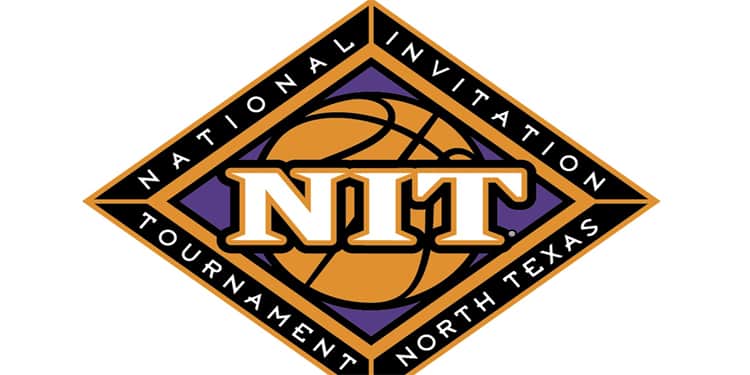 A smaller field will be in the National Invitation Tournament this season. Better known as the NIT, this year’s version will be played in the state of Texas, with games at the Comerica Center in Frisco and the UNT Coliseum in Denton, home of the North Texas Mean Green, who are actually in the South Region of the NCAA Tournament.

The NIT is usually littered with great betting opportunities for astute college basketball bettors. All eyes are focused on March Madness, but varying levels of motivation often create good spots.

This year’s NIT is different all the way around. Along with a venue change from Madison Square Garden, which is notorious for being one of the best college basketball under arenas, there were no automatic qualifiers. Usually teams that win the regular season in mid-major conferences but don’t get into the NCAA Tournament are on hand. This year’s field is made up exclusively of at-large teams and doesn’t really feature anybody from a small or true mid-major.

In any event, we’ll preview the NIT and look for some betting opportunities and angles.

The 16 teams for the NIT are broken into groups of four, where we’ll see 1 vs. 4 and 2 vs. 3 in the first round, which will be played from March 17-20. The quarterfinals are March 25 with the winners of those first-round games. The semifinals are March 27 and the title game and third place game will take place March 28.

Odds are from DraftKings Sportsbook:

Western Kentucky at +2000 isn’t a bad pull. This is a really good team that, if motivated, has a star in Charles Bassey and can make a big push. Most of these lines are going to be pretty reasonable, so you won’t see a ton of big favorite situations. Teams with short prices are teams that would rather be in the NCAA Tournament instead of playing in the NIT in Texas.

A team like Buffalo at +2300 even makes some sense with a high-percentage outlook on offense. They get to the rim a lot and don’t play many great defensive teams en route to the potential semifinals.

The following first-round betting lines are from BetMGM Sportsbook:

Colorado State was one of the Last Four Out for the NCAA Tournament field. Louisville is actually the first alternate in the event that a team cannot meet the COVID protocols and requirements for entry to Indianapolis. The Rams have to be fairly disappointed to be here.

Both first-round games will be played at UNT Coliseum.

Buffalo is an interesting matchup for Colorado State. Both teams are well-coached and the Bulls will look to push the tempo. They also get to the rim a lot. They don’t take many threes, but get lots of high-percentage looks at the rim. Colorado State’s two-point defense is much, much worse than its three-point defense. Teams took a ton of threes against the Rams.

Colorado State also took a lot of threes and Buffalo heads into the NIT with the fourth-best 3P% defense. I lean Buffalo in this game.

Davidson and NC State are both better on the offensive side. The Wildcats are actually 17th in the nation in eFG% offense and eighth in 2P%. They’ve shot just shy of 57% inside the arc and 36% outside of it up until this point. NC State is a top-50 offense from three, though the Wolfpack aren’t chucking threes often.

NC State turns opponents over at a high rate, but doesn’t do anything else well defensively. The expected slow tempo of this game is keeping the total low, as Davidson ranks 339th in adjusted tempo. Davidson is high-variance in that the Wildcats take a lot of threes and a lot of long jumpers.

A slight lean towards NC State, who does come from a better conference and has fared better in close games. Davidson is 1-5 in games decided by six or fewer points.

Memphis has to be bummed not to be in the NCAA Tournament. Most rankings and metrics sites had the Tigers ranked much, much higher than most of the at-large teams that grabbed bids. Boise State played itself off the bubble late in the season. Dayton still has to be stinging because the Flyers could very well have been a #1 seed in the 2020 NCAA Tournament with Obi Toppin, but it was canceled because of COVID-19.

Dayton got swept in three games by archrival VCU, including their loss in the A-10 Tournament. Dayton had a couple of nice wins, including a sweep of Saint Louis, but one of those came when the Billikens were fresh off of a COVID pause.

There are two areas of concern here for Dayton. The first is that Memphis was one of the best defensive teams in the country. The second is that Memphis has a high TO% on defense and Dayton failed to take care of the basketball this season. On the other hand, Memphis also turned it over a lot and was horrendous at the free throw line, which is why the Tigers are in the NIT and not the NCAAT.

Six of Memphis’s eight losses came in close games because Penny Hardaway’s team doesn’t pay a lot of attention to the details. Dayton just isn’t that great of a team this year. Memphis has big advantages on the glass. If the Tigers are sufficiently motivated, they should cover this number. We don’t really know if they are or not, but this is a young team that should be excited to have more chances to play.

Boise State rides a four-game losing streak into this game and those four losses likely kept them out of the NCAA Tournament. You have to wonder if Leon Rice’s team can get amped up to play in the NIT or if they’re just ready for this season to be over. Remember, Boise State started 13-1 and 9-0 in league play before hitting the meat of the schedule.

SMU went from a COVID pause right into the AAC Tournament. The Mustangs didn’t play from February 8 until March 12 and lost by three to Cincinnati. It would be hard to expect them to be in tip-top shape for this game, if they even want to bother playing. At least they are close to home.

I don’t know what to do with this game. I question the motivation for both teams.

Some people say Saint Louis deserved a better fate and should be in the field of 68. Richmond was tracking in that direction early. Both A-10 teams ran into COVID pauses that abruptly halted their seasons and threw everything for a loop. Richmond wound up only playing 11 conference games. Saint Louis only played 10.

A chance to end the season on a high note. Will those two teams come in eager and excited?

Saint Louis/Mississippi State will be at Comerica Center and Richmond/Toledo will be at UNT Coliseum.

Mississippi State may seem like an interesting choice, but the Bulldogs are here because other teams said no and Louisville had to keep its schedule open just in case. Seton Hall, St. John’s, and others decided to pass on an invitation to the NIT. Frankly, I’m not sure how Belmont isn’t in this over Mississippi State, but I digress.

The Bulldogs had one Quadrant 1 win and it came against Ole Miss on the road. The Rebels aren’t a great team either. Anytime Mississippi State stepped up in class, it didn’t go well. Is Saint Louis a step up in class? That’s a fair question.

Both of these teams are frisky on the offensive glass. I like the over here. Usually we see teams in these low-pressure situations play a little bit faster. Mississippi State plays at a pretty slow tempo, but they should let loose a little here. I would expect Saint Louis to run a little more as well. Neither team shoots that well, but there are a lot of offensive rebounding opportunities and probably a fair number of trips to the free throw line.

This is a fascinating Wednesday game. These two teams are very different. Toledo will chuck shots from anywhere. Richmond is a much more reserved team that takes excellent care of the basketball. Toledo takes good care of the ball as well. There shouldn’t be a lot of wasted possessions in this game, hence the high total.

Toledo was one of the best offenses in the nation, albeit in a MAC league that saw very little defense played. Richmond’s profile really tailed off as the season went along, culminating in an ugly loss to Duquesne in the A-10 Tournament. I’m not sure how invested Richmond is anymore. The regular season finale loss to Saint Joseph’s was also an ugly one.

Chris Mooney is a good head coach, but his team didn’t show much fight late in the year. Toledo’s style of play lends itself well for a format and atmosphere like the NIT. I like the -2 here.

This is a pretty decent “region” of the NIT. Louisiana Tech was consistently one of the best teams in Conference USA this season. Saint Mary’s is almost always on the national landscape. Western Kentucky was also a strong team most of the year in C-USA. Ole Miss is a well-coached team that struggled mightily when stepping up in class, but then also lost some games that shouldn’t have gone down as losses.

Both games will be at the Comerica Center.

This should be the right type of matchup for Louisiana Tech to have success. The Bulldogs are far better defensively than they are offensively. Ole Miss does not shoot the basketball particularly well, including a sub-30% 3P%. This also looks to be a slow-paced game, as Ole Miss, who is the better team, ranks in the 300s in adjusted tempo.

My strongest look for the first round of the NIT is Louisiana Tech +6.5 here. In a game that will not be an up-and-down affair, with an Ole Miss team that lost to good teams, but also lost to Dayton, Georgia, Mississippi State, and Vanderbilt, I cannot trust the Rebels.

Western Kentucky worked in a spotlight non-conference game against Houston on February 25 and got blown out by 24 points. This is a chance at some measure of retribution with the NIT. This is a WKU team that beat Alabama and Memphis earlier this season, so this team has a ceiling. On the other hand, what is the mindset of WKU after losing to North Texas in the C-USA Final in overtime? This is not where this team wants to be.

Saint Mary’s only wound up playing 12 conference games. Three were against Gonzaga and none of those went well. BYU also comfortably beat Saint Mary’s twice. This is not a very good version of the Gaels. The COVID pauses didn’t help, but this is a really poor offensive team.

I like the slight underdog here in Western Kentucky. As long as WKU is motivated, this is a really good team.