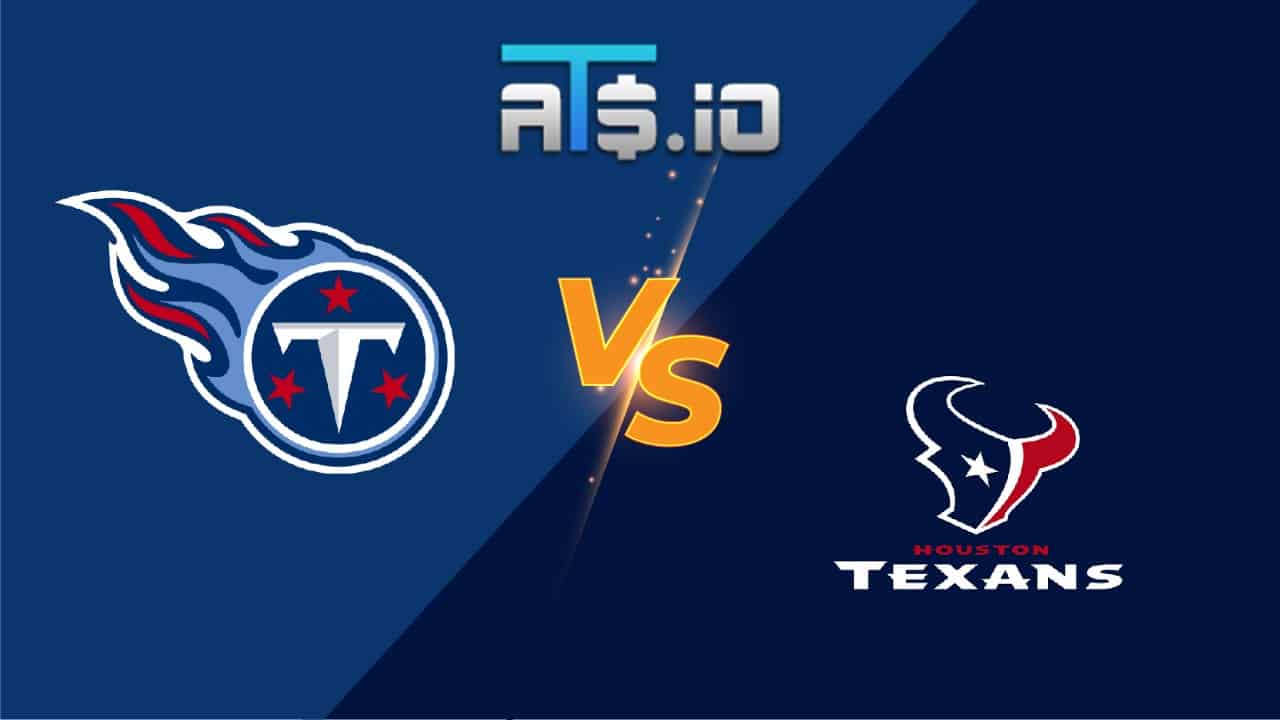 Somehow, the Tennessee Titans enter Week 18 of the NFL season just one win away from securing the top seed in the AFC and the conference’s first round bye in the playoffs. The team standing in their way of that achievement is the Houston Texans, who will look to play the role of spoiler on Sunday. In our NFL picks for this week, we look at Titans vs Texans, in a game that will shape the landscape of the AFC playoffs.

In this huge Titans vs Texans game, new bettors at DraftKings Sportsbook can take advantage of the site’s welcome bonus. To do so, bettors can wager $5 on either team to win this game on the moneyline. If that moneyline bet is a winner, DraftKings will pay out $200 in free bets, for a 40/1 payout that greatly exceeds what is available on this game elsewhere.

Why Bet The Titans vs Texans Under:

✅ While they have been better as of late, the Houston Texans are still struggling mightily on offense this season. They have averaged 15.9 points per game this season, and should struggle here against a Titans defense that has allowed just 13 points per game over the last three weeks.

✅ A win here for the Titans would clinch the top seed in the AFC ahead of this year’s postseason. As a result, expect their defense to come out and play a great game, while their offense does enough to win while still being limited by the loss of Derrick Henry for the time being.

✅ Both of these teams have seen the total go under in nine of their 16 games this season. That isn’t a massively lopsided number of unders, but there is enough of an edge here where the under should hit in the final game of the regular season for both of these AFC South teams.

The Tennessee Titans crushed the Miami Dolphins at home in Week 17, giving them their second straight win late in the season. And that was a significant win for the Titans, as that win combined with the Chiefs’ loss to the Bengals put the Titans in first place in the AFC. Now the Titans are a win away from getting a much-needed first round bye that could help them bring Derrick Henry back for the playoffs.

Tennessee is certainly the better team coming into this matchup. But one has to wonder what their nerves will be like coming into this game. If the Chiefs win on Saturday against the Broncos, Tennessee will know that they need to win in order to get the top seed in the AFC. If they are able to keep their cool and avoid nervous mistakes, the Titans should be able to get the job done here.

The Houston Texans fell 23-7 to the San Francisco 49ers in Week 17, as the Houston offense couldn’t get going once again. They allowed Trey Lance to beat them despite a pedestrian performance from the Niners’ backup quarterback in the game. If the Texans want to stop the Titans from winning the one-seed in the AFC, they will need more out of their offense here.

By and large, the Texans have been playing better offensively in recent weeks, with the exception of a week ago against the 49ers. Houston has a vested interest in losing this game, though, as doing so would help them get the best possible draft pick to help them turn the franchise around in the near future.