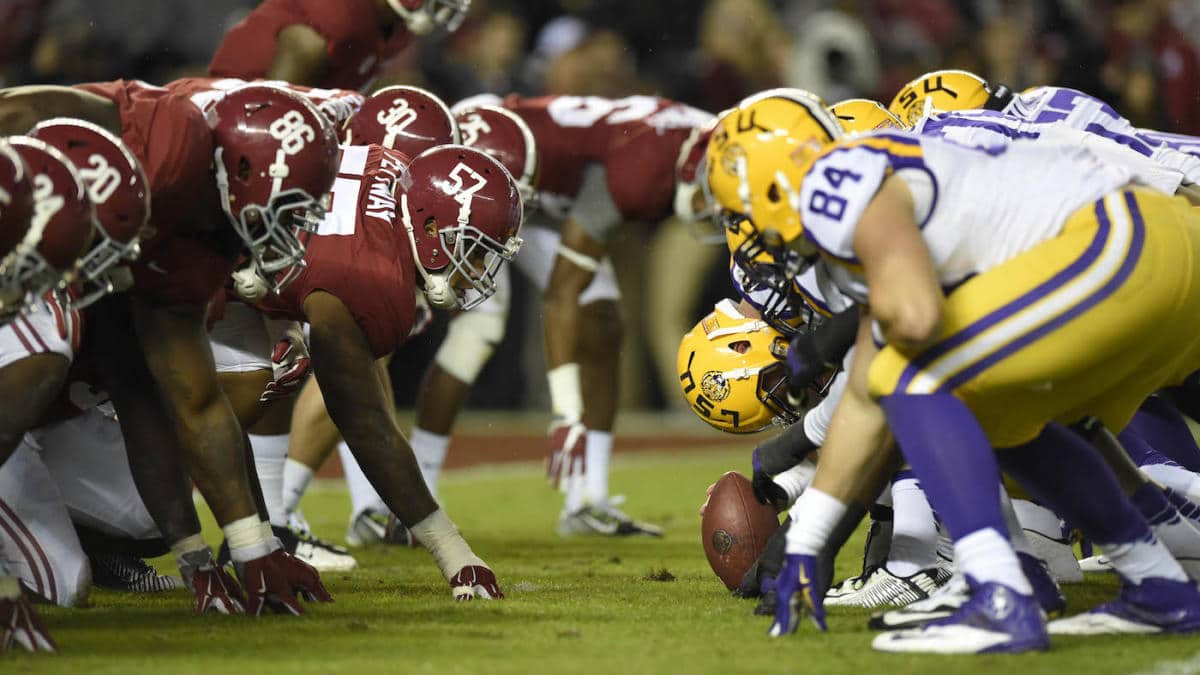 Alabama and LSU take the field Saturday in one of the most anticipated games of the college football season. With the first College Football Playoff rankings out as of Tuesday night, the stakes are as real as ever. LSU is No. 2 and Alabama is No. 3. With Penn State at No. 4 and Clemson at No. 5, a loss could find the loser on the outside looking in.

Despite being the lower-ranked team, Alabama is favored by 6.5 points. But picking a winner may not even be the most compelling thing to bet on Saturday. Bovada.lv is offering an interesting prop bet regarding the game, the fans, and President Donald Trump.

As it turns out, Trump is planning on attending the game. The news of his plans broke Tuesday afternoon prompting Bovada.lv to offer this:

The President has been attending quite a few sporting events in recent weeks. He was at Game Five of the World Series in Washington D.C. You might think a D.C. crowd would cheer for the President of the United States, but they did not– he was booed.

Then last weekend, he was in attendance at UFC 244 at Madison Square Garden. According to some reports and Twitter users, he was booed once again. But then other reporters and people on social media said differently. It seemed like it depended on the clip you listened to. Some sounded like there was some booing; in others, they cheered, but in some, there was no discernible reaction.

But what will a crowd of people from Alabama and Louisiana do?

It is hard to say. Trump’s approval ratings range from 39 to 46 percent depending on who took the poll. As for his disapproval ratings, they are all in the 50s. But these are nationwide results; what about the states in question?

According to the numbers tracked by MorningConsulting.com, Trump has a solid net approval rating in both Alabama and Louisiana. They also happen to be states that he did carry in the 2016 election rather easily.

His followers are as avid as they come, but so are his detractors. Fans of the Washington Nationals were already turning on members of the team (via Twitter) because they were complimentary of President Trump when the team visited the White House.

However, will that hate surface at a college football game in a part of the country that helped elect Trump and still appears to actively support him (at least according to polling numbers)?

Probably not. If anything, if he does go to the game and they do announce him, this crowd may cheer even louder just to make sure there is no question as to their intent.