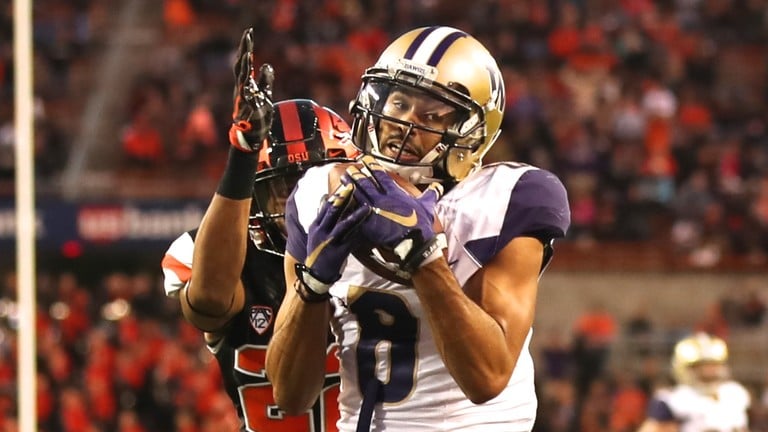 Pac-12 after dark comes to Friday night this week when the 5-4 Washington Huskies travel to Corvallis to take on the 4-4 Oregon State Beavers. Both teams are just playing for bowl eligibility at this point as it is highly unlikely the Beavers catch Oregon in the Pac-12 North.

Below is my pick for Washington at Oregon State. All lines are from the FanDuel Sportsbook.

The Washington Huskies poor stretch of football continued last week with a 33-28 defeat to then #9 Utah. Washington had an eight point lead late in third quarter, but then gave up 20 straight points to go down 33-21 late in the fourth quarter. The Huskies have now lost three of four games and have just three games left to become bowl eligible. In this four game stretch Washington has lost to Stanford, then #12 Oregon and then #9 Utah, with their only winning coming against a bad Arizona team. Washington is 5-4 ATS and the over has hit in six of their nine games this season.

The Oregon State Beavers extended their winning streak to two games, and three of four, with a 56-38 win over the Arizona Wildcats last week. The Beavers are getting hot at the right time and now find themselves within striking distance of a bowl berth. During this four game run Oregon State has wins over UCLA, California and Arizona while losing to then #15 Utah. OSU is 6-2 ATS and the over has hit in four of their eight games this season.

Series History: Washington has dominated this season in the past winning seven in a row and leading the all-time series 65-34-4.

Game Prediction: I like Oregon State to potentially pull the upset here, so I am definitely backing Oregon State +10 Friday night.