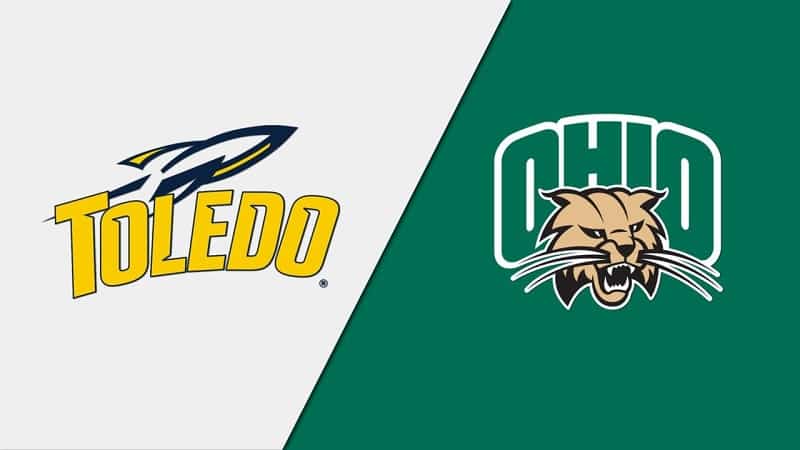 Who: Toledo at Ohio

The tight MAC race resumes Tuesday night when the Toledo Rockets (5-5, 3-3) visit the Ohio Bobcats (3-7, 3-3). Toledo is fourth in the MAC West, but are just two games back of the first place Northern Illinois Huskies. Ohio is third in the East and are just one game back of Kent State and Miami Ohio. This game will air live on ESPN+.

Below is my pick, and preview, for the battle between the Toledo Rockets and Ohio Bobcats.

Last time out, Toledo visited the Bowling Green Falcons and cruised to a 49-17 win. Toledo jumped out to a 14-0 lead, and led 35-10 at the half, in this easy road win. Dequan Finn went 18/24 for 270 yards, three touchdowns, zero interceptions, and two rushing touchdowns. The Rockets ran all over Bowling Green as they combined for 269 yards and four touchdowns on 42 rushes, a 6.4 average. Defensively, Toledo allowed just 196 total yards and forced one interception.

Ohio visited the Eastern Michigan Eagles and came away with a tight 34-26 victory. This game was close throughout, but Ohio remained in control and never trailed in this one. Kurtis Rourke went 9/17 for 230 yards, three touchdowns, zero interceptions, and 55 rushing yards. Three different Bobcats receivers hauled in a touchdown pass, led by Cameron Odom and Isiah Cox who both totaled 66 yards. Defensively, Ohio allowed 452 total yards and forced one EMU interception.

Toledo vs Ohio Series History: Ohio has won the past two meetings, with the last meeting taking place in 2017, but Toledo leads the all-time series 31-21-1.