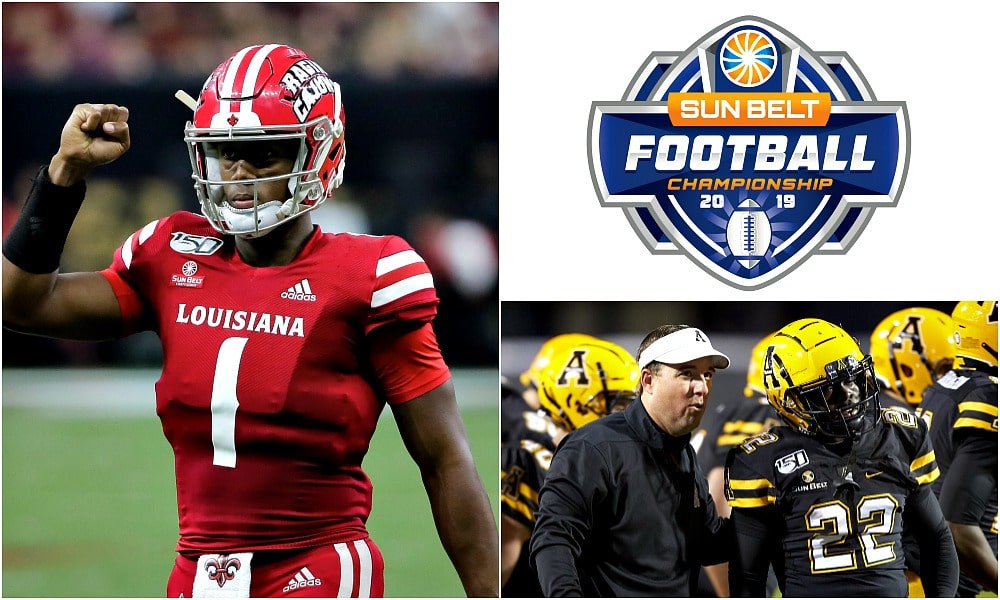 The 2nd Sun Belt championship is a rematch from last season as the Louisiana Rajin’ Cajuns travel to Boone, North Carolina for a date with the #21 Appalachian State Mountaineers. App State won last season’s matchup 30-19 to lift the first ever Sun Belt Championship game trophy.

Below is my pick for the Louisiana Rajin’ Cajuns at the #21 Appalachian State Mountaineers. All lines are from the PointsBet Sportsbook.

Louisiana ended their season on a six game winning streak thanks to a 31-30 win over rival Louisiana-Monroe last week. The Rajin’ Cajuns needed a field goal with 1:21 left in the game to set program records for overall wins, and conference wins, in a single season. Louisiana is 5-0 on the road this season with all five wins coming by double figured. The Rajin’ Cajuns are 3-1 against Sun Belt – East teams with wins over Georgia Southern, Tory and Coastal Carolina and the lone loss being to App State. Louisiana-Lafayette is 9-3 against the spread and the under has hit in seven of their 12 games this season.

App State ended the season on a four game winning streak thanks to an easy 48-13 win at Troy last week. The Mountaineers took a 34-13 lead to the half and cruised in the second half as they prepared for this Sun Belt Championship game. App State is 5-1 at home this season with their lone loss coming against Georgia Southern five games ago. Against the Sun Belt – West, App State is 4-0 with four double digit victories. App State is 8-4 against the spread and the under has hit in seven of their 12 games this season.

Football ATS Pick: I like App State -6.5 in this one