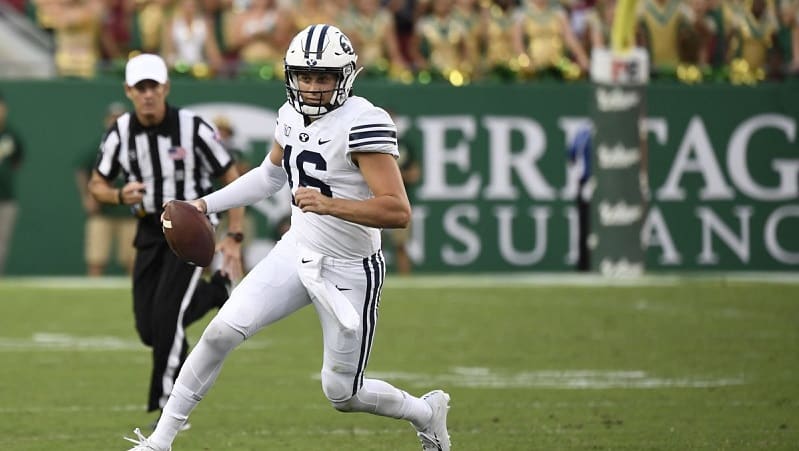 A strange non-conference battle takes us to Provo when the South Florida Bulls (1-2) visit the BYU Cougars (3-0) on Saturday, September 25, 2021. BYU lost a lot of production from last season but look just as strong as ever. USF is still working to rebuild their program. This game will air live on ESPN2 at 10:15 p.m. EST.

Below is my pick, and preview, for the battle between the South Florida Bulls and BYU Cougars.

Last time out, South Florida got their first win of the season with a 38-17 home win over the Florida A&M Rattlers. USF led 24-3 at the half and had no struggle with their Southwestern Athletic Conference opponents. Timmy McClain went 12/23 for 163 yards, one touchdown, and zero interceptions. The star on the night was Jaren Mangham as he converted his seven rushes into 27 yards and three touchdowns. Xavier Weaver had a nice receiving day with five receptions for 77 yards and one touchdown. Defensively, the Bulls allowed 380 total yards and recovered one Fam U fumble.

For the second consecutive week, BYU faced off against a ranked Pac-12 team and took them down. The Cougars hosted the #19 Arizona State Sun Devils and came away with an impressive 27-17 win. Arizona State never led in this game, but they did trim the lead to just four points heading into the final quarter. Jaren Hall went 15/27 for 214 yards, two touchdowns, and two interceptions. Backup QB Baylor Romney threw one pass for three yards a one touchdown. Issac Rex made the most of his catches on the night as he hauled in two balls for 18 yards and two touchdowns. Defensively, the Cougars allowed 426 total yards and forced four Arizona State turnovers, two interceptions and two fumble recoveries.