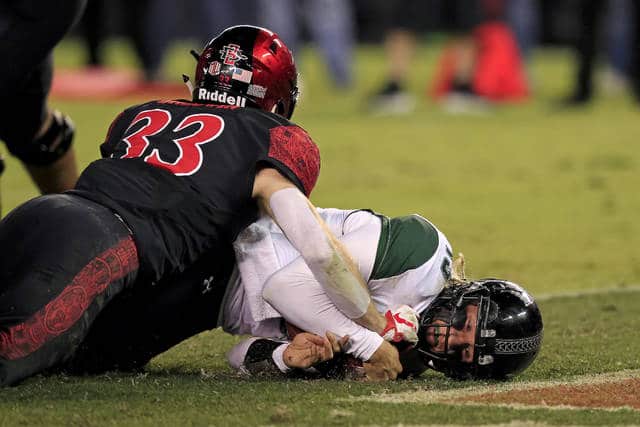 I talked about all the implications in the game above, so all Hawaii needs to do it win at home and they will be playing in a championship game. Hawaii will be bowling for the second consecutive season.

Below is my pick for the San Diego State Aztecs and the Hawaii Rainbow Warriors. All lines are from the PointsBet Sportsbook.

The San Diego State Aztecs bounced back from their bad loss to Nevada by beating Fresno State 17-7 last Friday. Fresno State took a 7-0 lead in the first quarter, but that is all the Aztec defense gave up as they allowed just 206 total yards and force the Bulldogs into three interceptions. San Diego State has now won five of their last six games and look to have put that Nevada loss in the past. The Aztecs are 5-0 on the road in 2019. San Diego State is 6-4 against the spread and the under has hit in nine of their 10 games this season.

Hawaii extended their winning streak to two games with a 21-7 road victory over UNLV last weekend. UNLV led 7-0 after the first quarter, but Hawaii scored one touchdown in each of the next three quarters to leave Las Vegas with the two touchdown victory. The Hawaii defense was the story of the game as they held UNLV to just 235 total yards, only 118 passing yards, while forcing two interceptions as well. The Rainbow Warriors are 4-2 at home this season. Hawaii is 5-6 against the spread and the over has hit in seven of their 11 games this season.

Game Prediction: I like San Diego State +3 in the Aloha State.