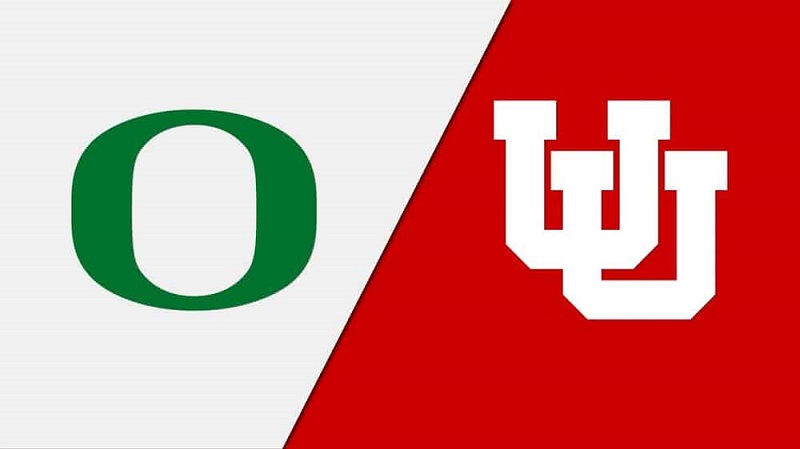 Who: Oregon at Utah

The two best Pac-12 teams are set to square off Saturday when the Oregon Ducks (9-1, 6-1) visit the Utah Utes (7-3, 6-1) in a potential championship game preview. Utah leads the South by one game and Oregon has a two game advantage in the North. This game will air live on ABC.

Below is my pick, and preview, for the battle between the Oregon Ducks and Utah Utes.

Last time out, Oregon hosted the Washington State Cougars and got a 38-24 win. This game was close throughout, but Oregon remained in control and never trailed. Anthony Brown went 17/22 for 135 yards, one touchdown, zero interception, and led the team with 123 rushing yards and one touchdown. Oregon ran the ball 47 times for 306 yards, a 6.5 average, and four touchdowns on the night. Defensively, the Ducks allowed 371 total yards and forced three Wazzou turnovers, two interceptions and one fumble.

Utah visited the Arizona Wildcats and escaped with a 38-29 win. This game was much closer than anticipated, but Utah will be happy with the road win. Cameron Rising went 19/30 for 294 yards, two touchdowns, zero interceptions, and added one touchdown on the ground. TJ Pledger had a nice day with 25 carries for 119 yards, a 4.8 average, and two touchdowns. Defensively, the Utes allowed 329 total yards and did not force any Arizona turnovers.

Oregon vs Utah Series History: Oregon won the most recent meeting, back in 2019, and leads the all-time series 23-10.