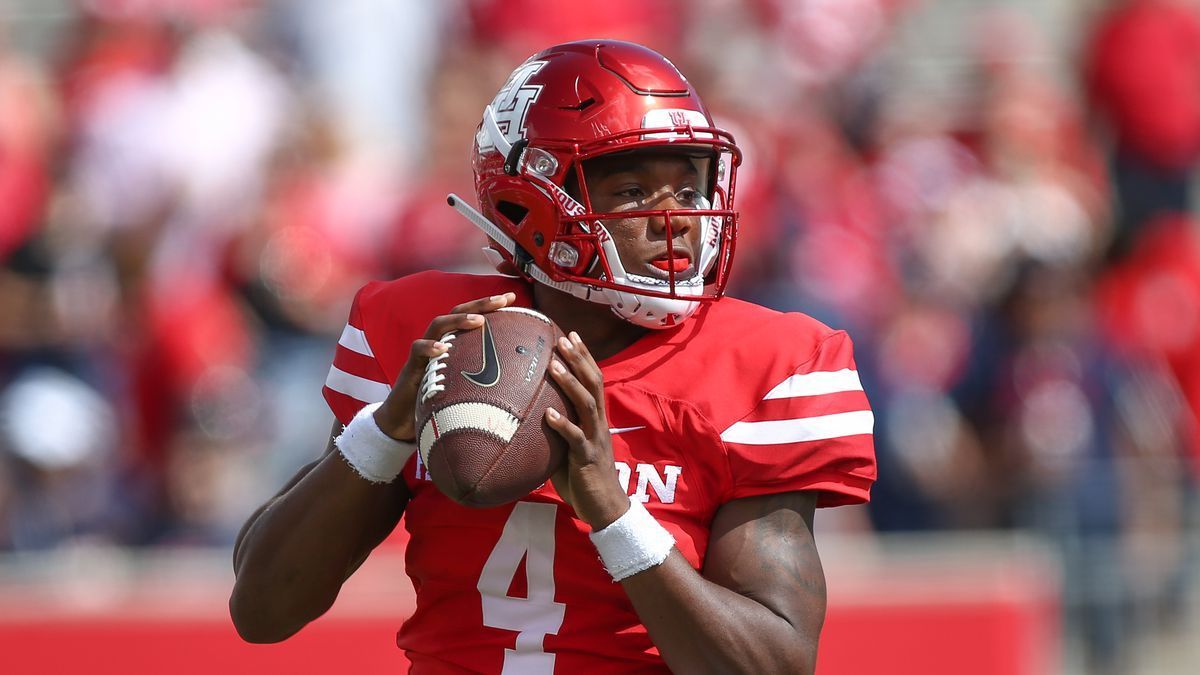 Odds On Where Will Houston Cougars Quarterback D’Eriq King Play Next Season?

The first reaction many of you may have is who the heck is D’Eriq King? Quarterbacks from Group of Five schools like the University of Houston don’t really become known nationwide until they do what he may be doing next year—transferring to a Power Five school.

For those that are not aware, King is arguably the most electric and dynamic quarterback in college football since Kyler Murray. He’s a dual-threat, and like Murray, a little on the smaller side. But in the right system, he can put up numbers as Murray did at Oklahoma.

A senior this season, he made an unprecedented decision following Houston’s loss to Tulane last week. With his team now 1-3, King has decided to take advantage of the redshirt rule and sit out the rest of this year.

He says it is because he wants to work on his game and become a better player before finishing his college career and maybe going to the NFL. But the consensus has been that he is going to transfer to a big school, gain some notoriety, and improve his NFL resume/draft stock.

That is why Bovada.lv is offering the following wager:

If he is going to go anywhere, it is going to be somewhere he can play and where the world will be watching. That knocks out Kansas State, California, and UCLA. Georgia is an intriguing option, but there is going to be no guarantee that he gets the playing time he’ll be wanting.

That leaves his current school and Oklahoma.

Oklahoma would be a good choice. Lincoln Riley has already proven that he knows how to help make quarterbacks like King shine. With Jalen Hurts moving on to the NFL next year, that will leave the starter’s job wide open

But if you take King at his word, he is not going anywhere:

“I’m staying here,” King said, via ESPN. “If I wanted to leave Houston and go somewhere else, I could have. I think me being here is what I want to do, and it’s the best opportunity for me. I don’t think anybody will reach out to me [to convince me to transfer]. Even if they do, they should know I’m staying here.”

However, his dad has made comments that make it sound like he is not only thinking about transferring but that he is going to do so. But, at this time, he has not entered his name into the transfer portal (there is plenty of time for him to do so still).

So—what’s he going to do?

If he were going to transfer, he would be smart to go ahead and put his name in the portal. The more time he is in it, the more time other schools have to contact him. Since he has not done so, maybe he means it.

Maybe he is indeed going to stick around.

As strange as it may sound, the smart bet here may be in believing a college kid is telling the truth. Take Houston.