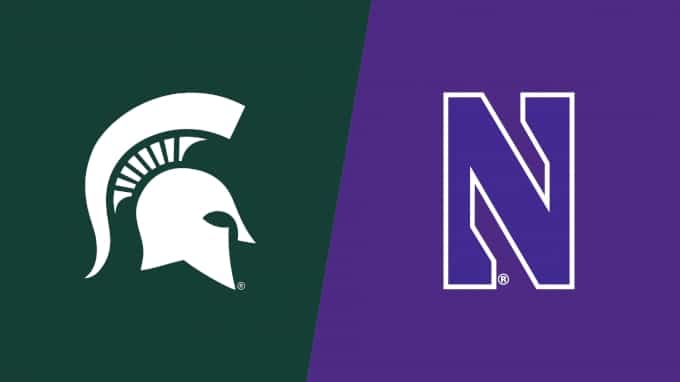 Through five games, the Northwestern offense is averaging 25.8 points per game and 336.4 yards per game, 192.4 through the air and 144.0 on the ground. Drake Anderson leads the team with 211 rushing yards and two touchdowns, and Ramaud Chiaokhiao-Bowman has a team high 22 receptions for 290 yards and four touchdowns. Defensively, the Wildcats are allowing just 12.6 points and 314.6 yards, 214.0 passing and 100.6 rushing.

Four games into their season, the Michigan State offense is averaging just 15.3 points per game and 323.8 yards per game, 250.0 through the air and 73.8 on the ground. Jordon Simmons leads the team with 147 rushing yards and Jalen Nailor has a team high 13 receptions for 280 yards and one touchdown. Defensively, the Spartans are allowing 33.8 points and 391.5 yards, 242.3 passing and 149.3 rushing.

Below is my pick for the #11 Northwestern Wildcats at Michigan State Spartans. All odds are from DraftKings Sportsbook.

Last time out, Northwestern hosted the then #10 Wisconsin Badgers and left with an impressive 17-7 victory. This game was tied at seven at the end of the first quarter, but the Northwestern defense dominated from there and the offense did just enough to get the huge win. QB Peyton Ramsey went 23/44 for 203 yards, two touchdowns, and zero interceptions. Northwestern was only able to rush for 24 yards on 23 carries, a cool 1.0 average. The Northwestern defense allowed 366 total yards and forced five Wisconsin turnovers, three interceptions and two fumble recoveries.

Michigan State is coming off a bye, but you could say they started the bye week early as they hosted the then #10 Indiana Hoosiers, two weeks back, and lost 24-0. Another poor performance by Sparty. QB’s Payton Thorne and Rocky Lombardi combined to go 13/27 for 131 yards, zero touchdowns, and three interceptions. The Michigan State defense allowed 433 total yards and forced two Hoosiers interceptions.

CFB Predictions: I like Northwestern to win, but Michigan State +11.5 to cover.