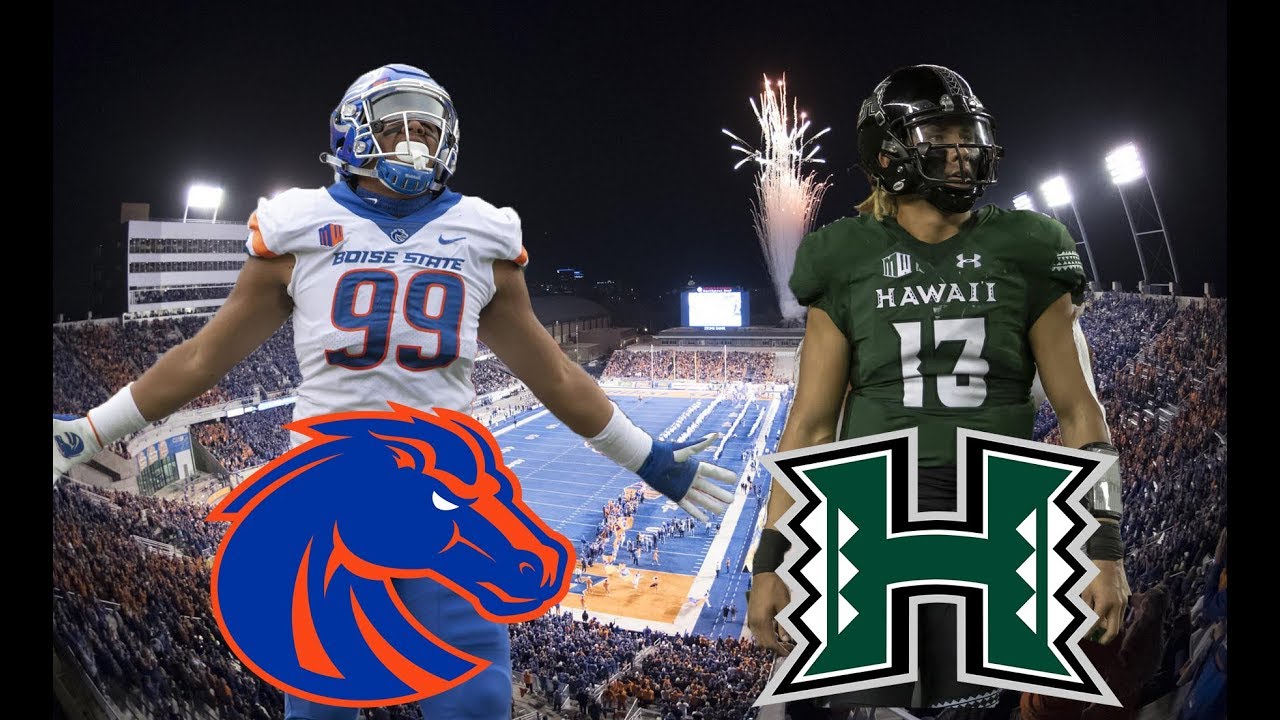 The 7th Mountain West Championship game is set to take place in Boise, Idaho as the #19 Boise State Broncos host the Hawai’i Rainbow Warriors. With a win, Boise State will be in contention for a New Years Six Bowl as the best Group of Five team.

The Broncos are currently the second ranked Group of Five teams, at 19, trailing just #17 Memphis. A win and a Memphis loss will make Boise State’s chances at a NY6 bowl likely, but not definite as Cincinnati could jump the Broncos by beating Memphis. Boise State prepares for their 4th ever Mountain West Champions game, and third overall, as the Broncos look to bounce back from an OT loss to Fresno State last season. The Broncos have won the MWC championship game two times, in 2014 and 2017, to go along with one MWC championship prior to the title game was introduced.

Below is my pick for the Hawai’i Rainbow Warriors at the #19 Boise State Broncos. All lines are from the PointsBet Sportsbook.

The Hawai’i Rainbow Warriors ended the regular season on a four game winning streak thanks to a 52-31 win over Army last weekend. Hawai’i trailed 17-10 early in the second quarter, but 21 unanswered points gave the Rainbow Warriors a lead they would not give up. The Rainbow Warriors are 3-2 on the road this season with losses to Washington and Boise State. Against MWC – Mountain teams, Hawai’i is 1-2 with a win over New Mexico and losses to Boise and Air Force. Hawai’i 7-6 against the spread and the over has hit in eight of their 13 games this season.

Boise State ended the regular season on a five game winning streak thanks to a 31024 road win over Colorado State last week. The Broncos trailed 7-0 early, but never trailed again as they maintained a 7-10 point lead most of the second half. The Broncos are 6-0 at home this season with four of the six wins being by double figured. Against MWC – West teams, Boise is 3-0 with wins over UNLV, Hawai’i and San Jose State.

Boise State is 7-5 against the spread and both the over and under have hit in six of their 12 games this season.

Pick: Playing on the blue turf, I like Boise State -13.5 Saturday.