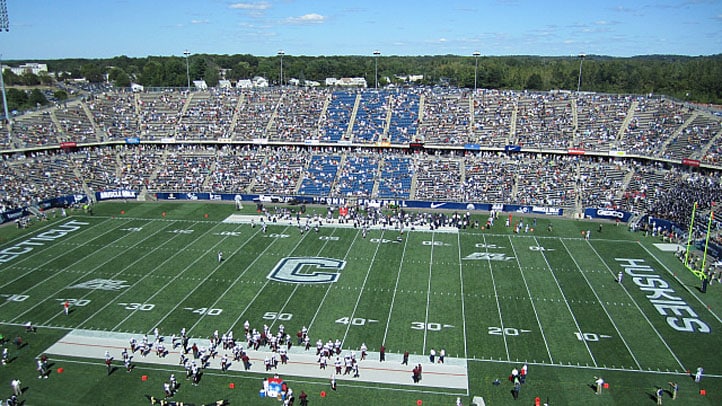 Who: Middle Tennessee at UConn

A strange non-conference battle is scheduled for Friday, October 22, 2021, when the Middle Tennessee Blue Raiders (2-4) visit the UConn Huskies (1-7). There may not be a more random Friday night game all season long, but one team will be adding to tehir win total by nights end. This gamew ill air live on CBS Sports Network at 6:00 p.m. EST.

Below is my pick, and preview, for the battle between the Middle Tennessee Blue Raiders and UConn Huskies.

Last time out, Middle Tennessee visited teh Liberty Flames and lost 41-13. Liberty scored the first 21 points of the game and were never challenged in this men vs boys matchup. Chase Cunningham went 22/42 for 230 yards, two touchdowns, and one interception. MTSU had seven different players rush the ball and no player had more than eight yards. Jimmy Marshall and Jarrin Pierce each hauled in a touchdown. Defensively, MTSU allowed 449 total yards and forced three Liberty interceptions.

UConn hosted the Yale Bulldogs and won 21-15, snapping their 11-game losing streak. The Huskies jumped out to a 21-0 lead and then held on for dear life in the fourth quarter to get the win. Steven Krajewski went 21/32 for 199 yards, two touchdowns, zero interceptions, and one rushing touchdown. Defensively, the Huskies allowed 299 total yards and forced four Yale interceptions.

Middle Tennessee vs UConn Series History: MTSU has won the only two meetings in these two schools history.