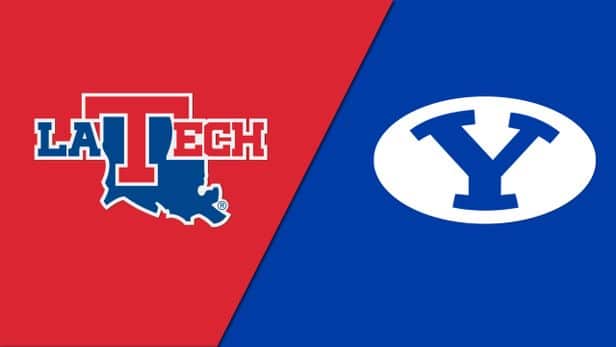 An explosive game is expected on Friday, October 2, 2020, when the Louisiana Tech Bulldogs (2-0) visit the #22 BYU Cougars (2-0) in a game that should see a lot of points scored. Both teams have gotten off to great starts this season, but neither have faced good teams. This game will air live on ESPN2 at 9:00 p.m. EST.

Below is my pick for the Louisiana Tech Bulldogs at #22 BYU Cougars. All odds are from SugarHouse Sportsbook.

Last time out, Louisiana Tech hosted a Houston Baptist team that may go winless this season and came away with an easy 66-38 win. The Bulldogs were trailing 14-10 midway through the first quarter, but 21 unanswered points saw La Tech build a comfortable lead and never look back. It is concerning that the Louisiana Tech defense allowed 501 yards, but they were tough against the running game and forced two turnovers. On offense, Luke Anthony passed for 314 yards, five touchdowns, and one interception. Wide receiver Wayne Toussant hauled in three balls for 91 yards and two touchdowns.

BYU hosted Troy last weekend and came away with an easy 48-7 win. The Cougars scored the first 21 points of the game and never looked back as their offense gained 664 total yards and the defense held Troy to under 200 yards of offense. QB Zach Wilson went 23/28 for 392 yards and two touchdowns. Wide receiver Dax Milne hauled in seven balls for 140 yards and one touchdown, while fellow receiver Gunnar Romney grabbed five receptions for 138 yards.

Football Picks: It is hard to pick against the Cougars right now and I am not going to do that. Give me BYU -24.