The Big Ten season gets underway Friday, October 23, 2020, when the Illinois Fighting Illini visit the #14 Wisconsin Badgers. Illinois will look to build off a successful 2019, while Wisconsin is favored to get back to the Big Ten championship. This game will air live on the Big Ten Network at 8:00 p.m. EST. 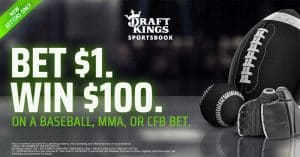 Illinois had their most successful season in quite some time as they finished 6-7 overall, 4-5 in the Big Ten, and made it to a bowl game. The Fighting Illini were picked to finish in last place in the Big Ten – West preseason poll but ended up finishing in fourth place. Illinois had a great win over #6 Wisconsin, but did have bad losses to Eastern Michigan, Northwestern, and lost the Redbox Bowl to Cal.

Wisconsin finished the 2019 season ranked #11, with a 10-4 overall record, a 7-2 Big Ten record, and a one-point Rose Bowl loss to the Oregon Ducks. The Badgers will look to avenge the loss to Illinois last season but did have three wins over top 18 teams in 2019. Wisconsin had three losses to top six teams.

Below is my pick for the Illinois Fighting Illini at #14 Wisconsin Badgers. All odds are from DraftKings Sportsbook.

Wisconsin lost the best running back in college football, Jonathan Taylor, and returning starting quarterback Jack Coan is out indefinitely with a foot injury, but the Badgers should still be their normal efficient offense in 2020. Redshirt freshman Graham Mertz will start the season opener and the Badgers will rely on Garrett Groshek, Nakia Watson, and true freshman Jalen Berger at running back. Wisconsin lost some key receivers but return plenty of experience with Danny Davis and Kendric Pryor returning. Defensively, Wisconsin will be led by line backer Jack Sandorn, safety Eric Burrell, and defensive end Isaiahh Loudermilk.