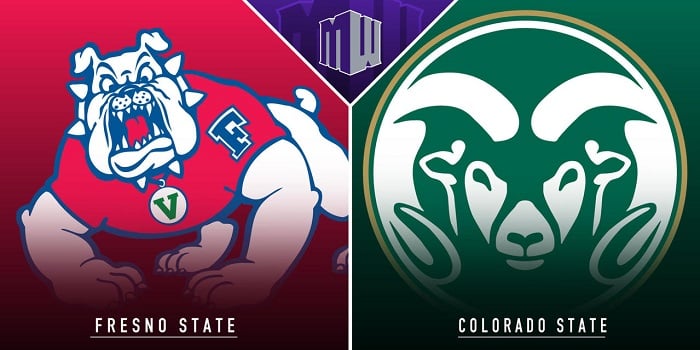 It is great to have the Mountain West Conference back playing football and Thursday, October 29, 2020, the Colorado State Rams (0-0) will visit the Fresno State Bulldogs (0-1). Colorado State had their opening game postponed due to COVID concerns and Fresno State suffered an opening game loss. This game will air live on the CBS Sports Network at 10:00 p.m. EST.

Last season, Colorado State were a disappointing 4-8 overall and 3-5 in the Mountain West. The 4-8 season was the last for head coach Mike Bobo as he stepped down from the position at the end of the season. Colorado State’s three Mountain West wins came against teams that combined for just 10 wins on all season.

Below is my pick for the Colorado State Rams at Fresno State Bulldogs. All odds are from DraftKings Sportsbook.

The Colorado State offense has some weapons as wide receivers Warren Jackson and Dante Wright and tight end Trey McBride will all look to haul in balls from QB Patrick O’Brien for this Rams offense. Center Scott Brooks will look to anchor the offensive line. Defensively, the Rams return defensive lineman Manny Jones and Ellison Hubbard, along with line backer Dequan Jackson and safety Logan Stewart.

Fresno State opened their season with a disappointing 34-19 home loss to the Hawai’i Rainbow Warriors. The Bulldogs jumped to a 7-0 lead, and led 13-10 late in the second quarter, but Hawai’i led 17-13 at the half and won the second half 17-6 to walk away with the comfortable win. Quarterback Jake Haener went 17/31 for 289 yards, one touchdown, three interceptions, and added 37 yards on 13 rushes. Wide receiver Keric Wheatfall hauled in three balls for 73 yards to lead all Fresno State receivers. Fresno State turned the ball over four times in the defeat.

Series History: Colorado State is on a three-game winning streak and leads the all-time series 10-5.

Football Picks: Both of these teams are unknown right now, but I am going to back Colorado State -0.5.