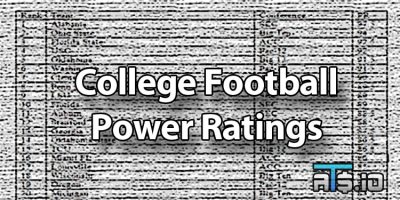 In a normal college football season, we would look for opportunities to take advantage of overreactions in Weeks 2 and 3. We could even stretch it out to Week 4 and have some chances to play on or against teams based on how they looked to that point.

The 2020 college football season is anything but normal. We’ve had opportunities to look for overreactions each and every week because new teams join the mix or teams that haven’t played in a while come out and look really good or look really bad.

The fact of the matter is that we’ve all fallen victim to overreacting to something that happened in all walks of life, but especially sports betting. That is a primary reason why I do power ratings. I’ve mentioned this a lot already, but the system of checks and balances that comes with power ratings allows you stave off those overadjustments to how you are evaluating a team, at least with the way that I do it.

We got our first rounds of Big Ten and Mountain West games over the weekend and you know that the betting markets will overvalue what happened in the first data point, especially with a major conference like the Big Ten.

Final scores lie. Box scores lie. The betting market lies. Sometimes a “sharp” side gets hammered up multiple points and that side is drawing dead before halftime. Other times, the market gets a sharp side right, but turnovers or special teams or some other occurrence throws a wrench into the result. By doing your work on Saturdays and Sundays, you can be ready for the new week of games.

Whether or not you do power ratings, I think this article and the subsequent discussions are really helpful. I don’t think my power ratings are perfect. There is a level of subjectivity to them. I often have discrepancies from the power ratings of other people that I respect.

If you’re a regular listener to ATS Radio, you know that we’ve moved our show with Kyle Hunter from Monday to Wednesday. Per the request of several listeners on Twitter, I’ll be doing a solo Monday CFB show to go over my power ratings adjustments, some box score study, and to set up the week in terms of looking for line moves. On the October 26 version, I’ll also be talking some baseball to wrap up the season, but the majority of the show will focus on college football.

Tons of adjustments. There are 127 teams in my power ratings. The MAC and the Pac-12 haven’t played yet and I’ll be tweaking those numbers during the week. I’ve adjusted 58 teams this week. Most of the adjustments have been smaller in nature. A point here, a point there. You shouldn’t have huge adjustments in your power ratings this deep into the season with the teams that have been playing because your PRs should be pretty efficient by this point.

Here are some notes on the biggest adjustments:

FIU -3.5 – Boy, FIU looks really bad right now. They were held to six first downs and 156 yards by Jacksonville State. I’m not even sure this is low enough and looking at my line for Marshall vs. FIU, it isn’t. I may be adjusting them down again next week.

Michigan State -3.5 – Let me preface this by saying that the box score for Rutgers vs. Sparty last weekend was a little misleading. Michigan State had seven turnovers and turned it over on downs two more times. Rutgers scored 38 points on just 276 yards of offense. The Scarlet Knights had three scoring drivers of 26 yards or fewer. This is partially catching up to the market and the network I communicate with, but also to put Sparty on what I call my “Shit List”. There are some teams I just do not want to bet. Michigan State is one of them.

Virginia Tech -3 – I’ve consistently been above the market on Virginia Tech and it is clear that I had overvalued them coming into the season. I’ve played catch-up at various points, but this week, even with some of a misleading box score against Wake Forest, was an opportunity to adjust. The Hokies outgained Wake 433-316, but were -3 in TO and had two INT in Wake territory. Still, I was too high on them.

All of the other adjustments were under three points. Pitt is probably more than a 2.5-point adjustment if Kenny Pickett doesn’t return, but he was pretty close to going last week it seemed and they’re on a bye this week.

Keep an eye on Wisconsin and Graham Mertz. His positive COVID test is being verified with a more accurate test. We’ll probably know about his status by the morning. If Jack Coan can’t go against Nebraska, my line against Wisconsin would be probably 3-4 points lower than where it is now and 1.5 points lower if Coan can go.

Week 9 Lines according to the Vegas College Football Power Ratings:

I’ll run through a few thoughts, as these games are sorted by rotation number:

Like I said, I couldn’t get there with FIU and Marshall, but my numbers have been consistently low on Marshall. I talked last Wednesday with Kyle Hunter about Marshall’s impending third down regression. I think they’re a fade team right now because we’re paying such a high premium in the market. Their remaining schedule is terrible, though.

I don’t understand the Hawaii and Wyoming line. It’s my biggest overlay of the week and I downgraded Wyoming and upgraded Hawaii. There must be something I am missing with regards to Hawaii. They got steamed last week and won against Fresno State. I know I was high on Wyoming last week…I was also surprised to see Levi Williams start over Sean Chambers. We’ll see how this one plays out. I’m also waiting to see if Hawaii flew home or if they are staying on the mainland.

Even with an adjustment to Michigan State, I’m low on the Michigan number. My take from the Week 8 game between Michigan and Minnesota? I think Minnesota is down quite a bit this season. I think it was more indicative of that than Michigan turning a corner.

I really do not get the Memphis vs. Cincinnati line. At all. The market wouldn’t touch Cincinnati with a 10-foot pole the last two weeks and now they’re almost a tuddy favorite against Memphis? FOH. I fully expect that line to come down. Cincinnati wasn’t impressive up until that SMU game. I even had Cincinnati favored in that game last week, so I was already higher than the market. Memphis was in a terrible spot last week. I’m not holding that performance against them. This line seems dead wrong to me.

I have another overlay in the Mountain West on San Jose State and New Mexico. I’m glad San Jose State won and shut down Air Force. Good for them. This line is too high to me.

I don’t think I have sufficiently adjusted Iowa down based on my line for the game against Northwestern. I also don’t think NW is as good as last week’s game, when they were +4 in TO margin.

I have another big overlay and a wrong team favored spot with Texas and Oklahoma State. Maybe I’m still too high on Texas, but Oklahoma State is not a top-15 team to me. That’s where I’d have to have them to get this number to where it is. I just don’t agree with that at all. It’s not great to have an overlay of this magnitude this late into the season with two teams that have been playing, but I think Texas is a lot better than what they’re credited with right now.

Hope you enjoy these power ratings as the season goes along right here at ATS. If you ever have any questions, I’m on Twitter, @SkatingTripods. Good luck this season! 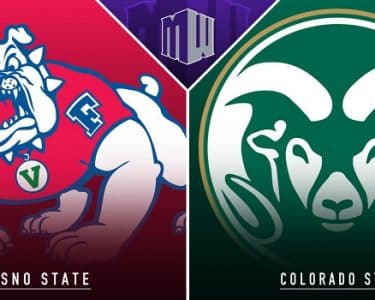