Last season saw what many believed to be impossible become a reality. A Nick Saban Alabama team didn’t just get beaten in the National Championship game; they got destroyed by Clemson. With Clemson returning many of the key players from that team, they are starting the new season as the No.1 team in the nation—a spot previously owned by Alabama.

At one NJ sportsbook, it appears that many gamblers are leaning towards Alabama reigning supreme once again when the season is done. The Tide have accounted for nearly 30 percent of the handle for the national championship (29 to be exact), followed by Ohio State (23 percent), and Georgia (19 percent). The defending champions, Clemson, are fourth with just 16 percent of the handle.

It appears that the majority may believe in Alabama but not a significant majority. So—what (if anything) should this tell fans who are on the fence about betting on Alabama?

One of the joys that come with Alabama and its national title history are numerous ways to bet on the Crimson Tide. According to FanDuel, the odds on Alabama are as follows:

To hit the over, the Tide have to go undefeated during the regular season. Since they will not see Georgia until the SEC title game, that is a distinct possibility. They face three ranked teams, LSU, Texas A&M, and Auburn, but none of them should give Alabama too much trouble.

So, take Alabama to win their division and cover the over. As for the title game, Georgia has a heck of a team coming back. It could be a very close, very good game (too close to bet on until we see Georgia play).

But win or lose in the SEC title game, Alabama will likely still make the college football playoffs anyway. They have made it in each of the five previous runs and will probably do it again (take the Yes at -235 before the odds get even shorter).

As for playing Clemson in the title game—there is an excellent chance of that happening. The Tigers are returning a great squad and should run the table, just like Alabama. But when push comes to shove, will the Tide retake their throne on top of the college football world?

Will they win the national championship?

Alabama’s offense is going to be better than last year’s while Clemson’s defense is not going to be as strong. So, the Tide will be able to put up more points than they did last year. But can they slow Trevor Lawrence and the Clemson offense down?

The Tide were susceptible to the pass last season—as Clemson showed during the title game – but expect to see some talented newcomers competing for snaps in the secondary this year. If they can live up to expectations, Alabama will be in good shape. If they don’t, the title game is going to be another high scoring affair.

But will they win? Right now—the answer would have to be probably not. It is too soon to call Clemson the new kings (time will tell), but it is no longer Alabama’s world anymore.

St. Louis Cardinals Odds: Cardinals Favored But Are They The Team To Beat In The NL Central? 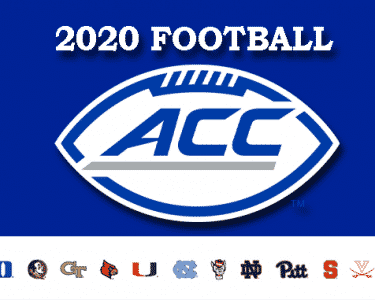