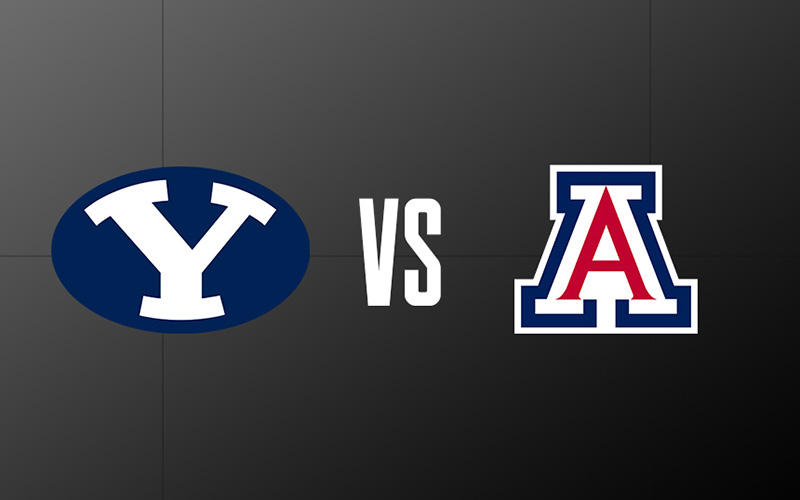 A non-conference affair takes us to Tucson in Week One when the BYU Cougars visit the Arizona Wildcats on Saturday, September 4, 2021. BYU had an exciting 2020 season, but there are a lot of questions entering 2021. Arizona may be the worst team in college football this season. This game will air live on ESPN at 10:30 p.m. EST.

BYU enjoyed a magical 2020 season and came up just shy of earning a New Year’s Six Bowl. The Cougars finished 2020 at 11-1 overall and a 49-23 win over UCF in the Boca Raton Bowl. Head coach Kalani Sitake must replace QB Zach Wilson, so 2021 will start off with a lot of question marks.

Arizona is one of the programs who wished the 2020 season did not go on as they finished 0-5, lost 70-7 to rival Arizona State, and saw head coach Kevin Sumlin get fired after three poor seasons. The Wildcats are in full-on rebuild mode and 2021 should be just as rough in Tucson.

Below are the College Football picks, and preview, for the battle between the BYO Cougars and Arizona Wildcats. All odds are from BetMGM Sportsbook.

BYU officially announced their starting QB last week and Jaren Hall will get the nod in the season opener. Hall beat out Baylor Romney, but it would not be a surprise to see both QBs get a shot during the regular season. Whoever the long-term QB is, they will plenty of talent surrounding them as RB Tyler Allgeier is a star, WR Gunnar Romney is as dependable as they come, and TE Isaac Rex is expected to play a huge role. Defensively, the Cougars will be led by their Linebackers with Keenan Pili, Payton Wilger, Max Tooley, and Chaz Ah You will lead the way in Provo.

Arizona will have Gunnar Cruz under the helm in 2021 but will be relying on Running Back’s Michael Wiley and Drake Anderson to provide the offensive spark. Leading the way for the RB’s will be big Donovan Laie who has all the tools to play at the next level. Defensively, the Wildcats will lean on DT’s Trevon Mason and Kyon Barrs to anchor a strong defensive line.