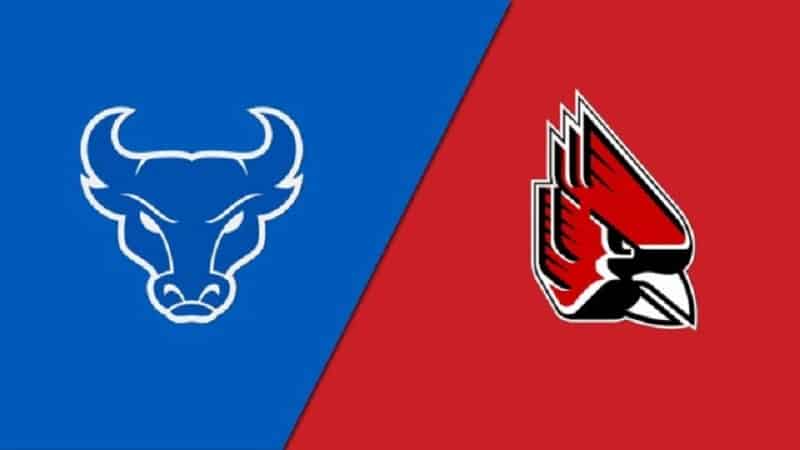 Who: Buffalo at Ball State

Bowl eligibility will be on the line when the Buffalo Bulls (4-7. 2-5) visit the Ball State Cardinals (5-6, 3-4) Tuesday night. Neither team can win their division, but Ball State will become bowl eligible with a win. This game will air live on ESPN+.

Below is my pick, and preview, for the battle between the Buffalo Bulls and Ball State Cardinals.

Last time out, Buffalo lost their third consecutive game with a 33-27 overtime loss, at home, to the Northern Illinois Huskies. This game was tight throughout, as neither team led by more than seven points, but NIU got the win after scoring and holding Buffalo in the first overtime. Matt Myers went 16/23 for 162 yards, one touchdown, zero interceptions, and 43 rushing yards. Ron Cook Jr. rushed for one touchdown and caught a receiving touchdown on the night. Defensively, the Bulls allowed 505 total yards and recovered one NIU fumble.

Ball State hosted the Central Michigan Chippewas and were blown out, losing 37-17. The Cardinals took a 7-0 lead, but CMU scored 21 of the next 31 points to take the lead and come away with the big win. Drew Pitt went 21/39 for 107 yards, one touchdown, one interception, and 20 rushing yards. Ball State rushed the ball 33 times for 159 yards, a 4.8 average, and one interception. Defensively, the Cardinals allowed 567 total yards and forced two CMU interceptions.