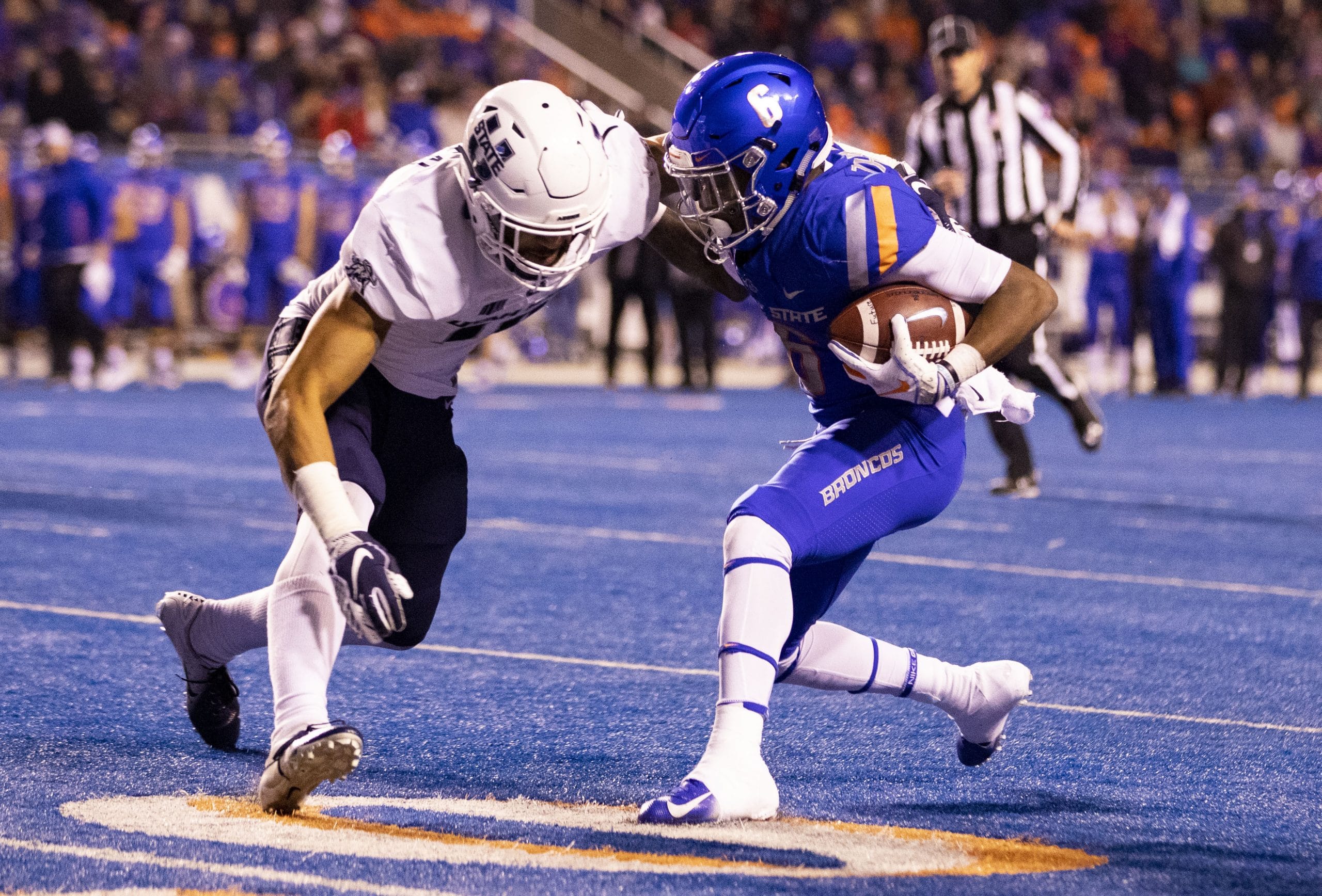 Boise State came in at #20 in the most recent committee rankings and are just two spots away from getting into a New Years Six Bowl. However, Boise still has two other group of six teams to jump as Cincinnati came in at #19 and Memphis came in at #18. Boise needs to win out to have a shot.

Utah State currently sits at 5-1 in the Mountain West, 6-4 overall, and a win Saturday would see them jump Boise State in the standing. The Aggies do not control their own destiny however as Air Force is also 5-1 and holds the head-to-head advantage over Utah State. USU will go bowling for the third straight season.

Below is my pick for the #20 Boise State Broncos at the Utah State Aggies. All lines are from the William Hill Sportsbook

Boise State extended their winning streak to three games with an easy 42-9 win over New Mexico last weekend. The Broncos got out to a 28-0 first quarter lead and never looked back as they cruised to the 33 point victory Saturday night. BSU is 3-1 on the road this season with their lone loss being 28-25 to BYU back in mid-October. Boise State is 6-4 against the spread and both the over and under has hit in five of their 10 games this season.

Utah State extended their winning streak to two games with a tough 26-21 win over the Wyoming Cowboys. The Aggies took a 20-14 lead into the half, after a crazy second quarter, and were able to hold off a late Wyoming rally in the fourth. USU has played just one ranked team this season and they fell, on the road, to then #5 LSU 42-6. The Aggies are 4-1 at home in 2019. Utah State is 6-4 against the spread and the under has hit in six of their 10 games this season.

Game Pick: I like Boise to win by a touchdown, so I am backing Utah State +8 Saturday night.