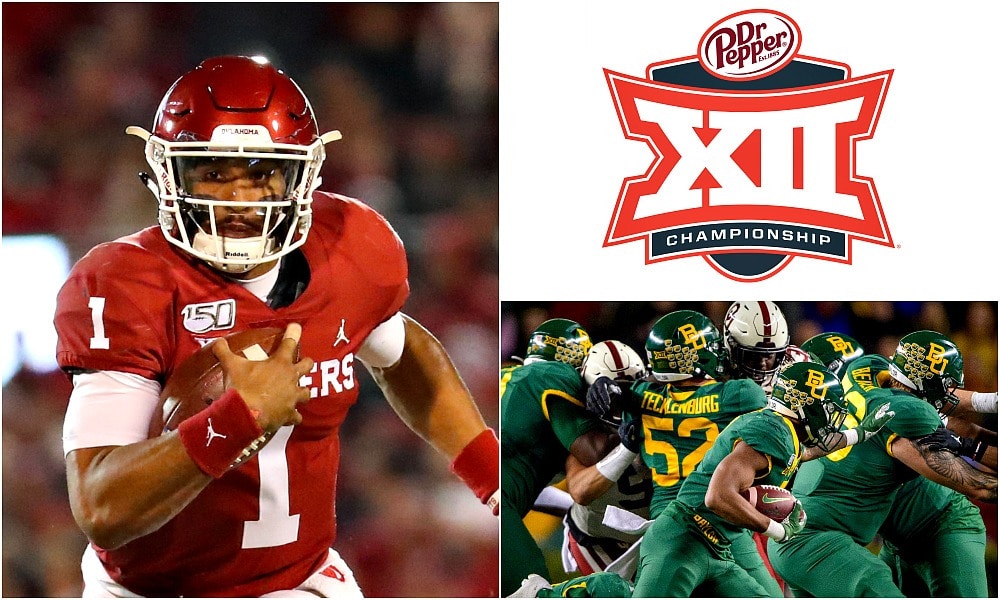 The 18th edition of the Big 12 championship is set for Saturday in Jerry World as the #7 Baylor Bears take on the #6 Oklahoma Sooners.

Oklahoma came in ranked #6 in the latest CFP rankings and with a win Saturday could see them jump #4 Georgia and #5 Utah to sneak into the playoffs. Oklahoma will be looking to win their 13th Big 12 championship and third in a row. Since the title game came back in 2017 the Sooners have won both versions by double digit points. A win Saturday would see Lincoln Riley have his third straight 12 win season to start his coaching career.

Below is my pick for the #7 Baylor Bears vs the #6 Oklahoma Sooners. All lines are from the FanDuel Sportsbook.

The Baylor Bears made easy work of lowly Kansas, beating the Jayhawks 61-6 as their final tune-up before the Big 12 Championship game. Baylor took a 34-0 lead into the half, and caused six turnovers, in the easy win last weekend. The Bears have won two straight since their collapse against Oklahoma a few weeks ago and will be seeking revenge Saturday afternoon. Matt Ruhle and his Bears are 0-1 against ranked teams this season thanks to their 34-31 loss to then #10 Oklahoma a few weeks back. Baylor is 8-4 against the spread and both the over and under has hit in six of their 12 games this season.

Oklahoma never really had to sweat in their 34-16 road win over rivals Oklahoma State last weekend. The Sooners only led 20-13 at the half, but scored the game’s final 14 points to come away with the 18 point victory. Lincoln Riley and his gang are 3-0 against ranked teams this season with wins over then #11 Texas, #13 Baylor and #21 Oklahoma State. Oklahoma is 5-7 against the spread and the under has hit in seven of their 12 games this season.

Series History: Oklahoma had a historic comeback in their 34-31 win earlier this season and now leads the all-time series 26-3.

Football Prediction: I like Oklahoma -8 in the Big 12 Championship.