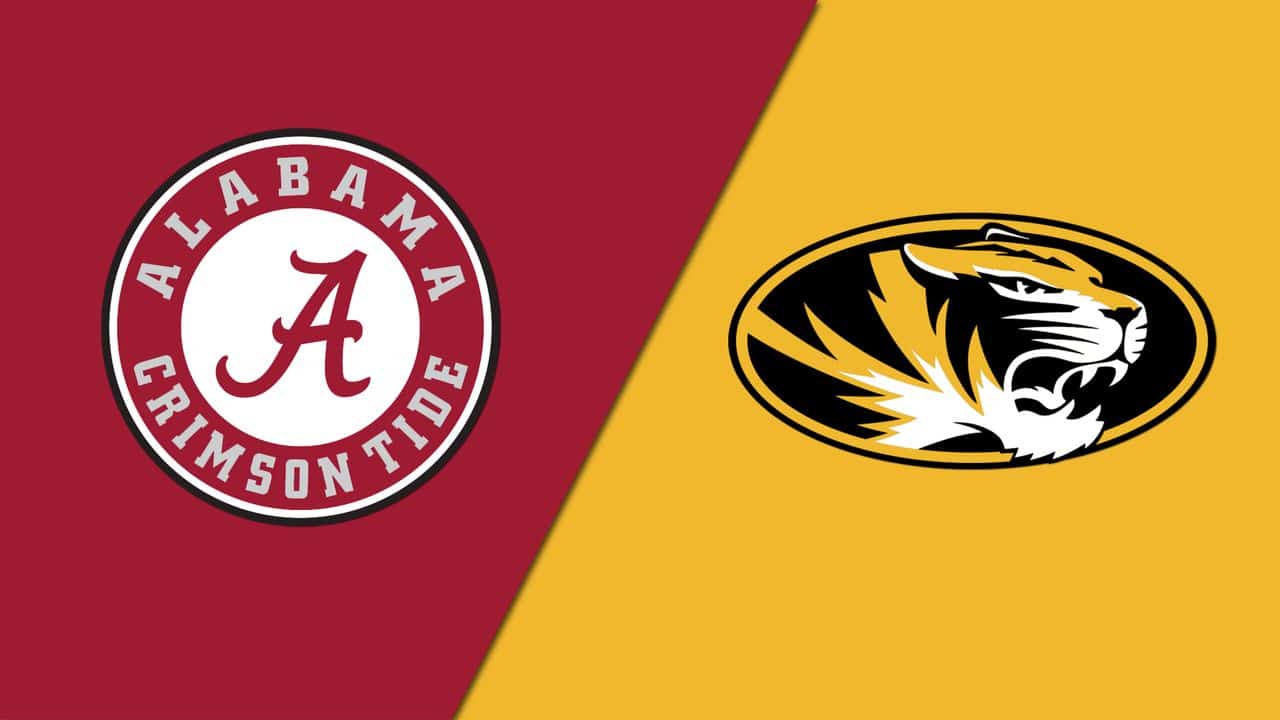 One of college footballs premier teams gets their season started on Saturday, September 26, 2020, when the #2 Alabama Crimson Tide visit the Missouri Tigers. Alabama is once again favored to make the playoffs, while Missouri will hope to build some momentum with a new head coach. This game will air live on ESPN at 7:00 p.m. EST.

Alabama had a disappointing 2019, by their standards, that saw the Crimson Tide finish 11-2 overall, 6-2 in the SEC, second in the SEC West, and miss out on the College Football Playoff. The Crimson Tide lost to eventual national champs LSU and rivals Auburn to miss out on the playoffs. Alabama beat the Michigan Wolverines 35-16 in the Citrus Bowl.

Missouri also had a disappointing 2019 that saw them finish 6-6 overall, 3-5 in the SEC, fifth in the SEC West, and saw their coach get fired at the end of the season. The Tigers did not beat any notable teams and did not play in a bowl game.

Below is my pick for the #2 Alabama Crimson Tide at Missouri Tigers. All odds are from Sugar House Sportsbook.

Alabama will have to find a new QB this season and the battle will be between Mac Jones and Bryce Young. Head coach Nick Saban has not named a starter, but Jones is expected to get the start on Saturday. The stars of the Alabama offense are at the skill position where they will be led by RB Najee Harris and WR’s DeVonta Smith and Jaylen Waddle. Alabama should have a lights out defense as they will be led by line backer Dylan Moses and CB Patrick Surtain. The defensive line will be led by tackle DJ Dale and end LaBryan Ray.

The Missouri Tigers will be quarterbacked on offense by QB Shawn Robinson and he will have an electric wide receiver to throw to in wide receiver Damon Hazelton. Hazelton has transferred twice in his career, but he has produced at both Ball State and Virginia Tech. Missouri will also have a formidable duo in RB’s Larry Rountree and Tyler Badie. On defense, Missouri will be led by line backer Nick Bolton, DT Kobie Whiteside, and safety Tyree Gillespie.

Series History: Alabama has won the last four meetings between this two and leads the all-time series 4-2.

Football Tips: Until we see the quarterback play I can’t back this big number, so give me Missouri +28.5.