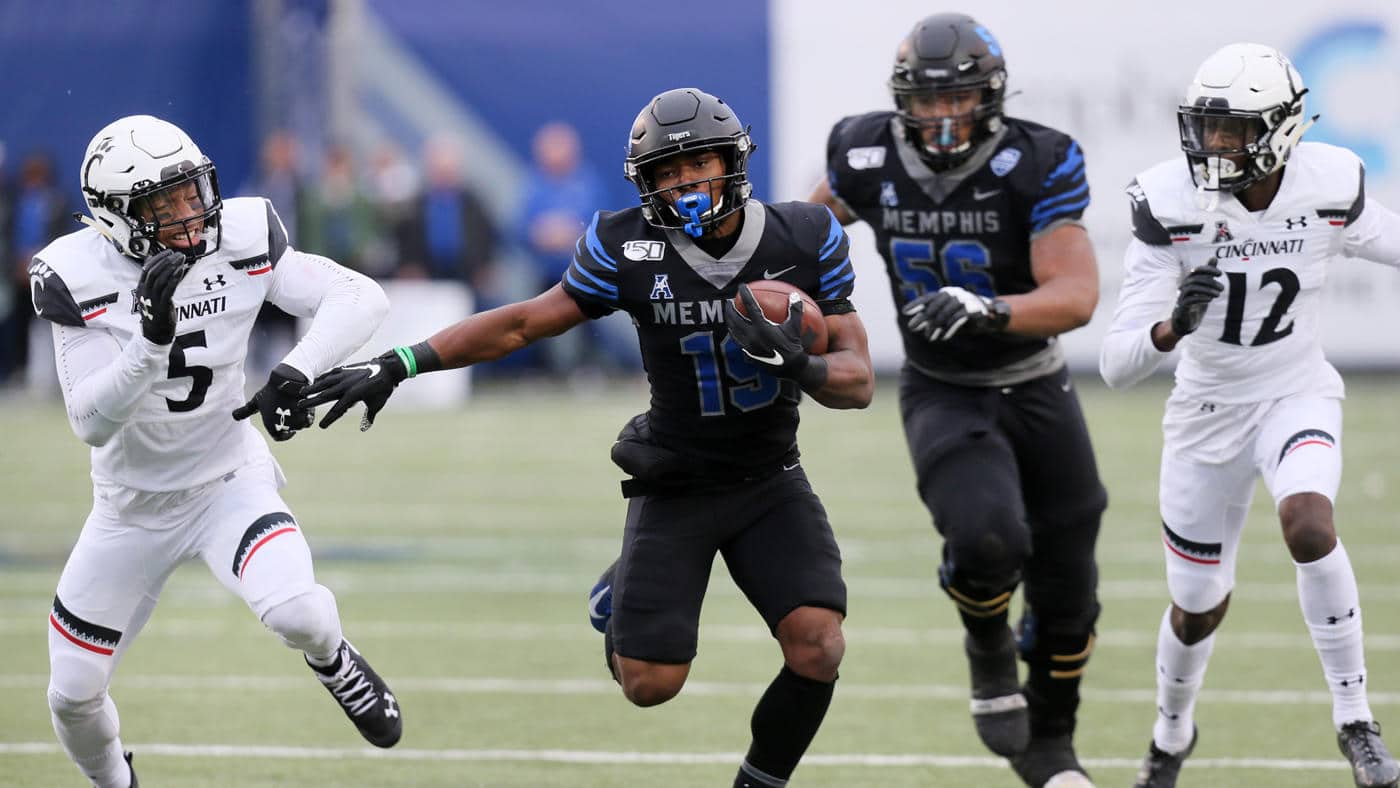 The 5th edition of the AAC Championship game will take place in Memphis as a rematch from a game just last week is on the schedule. The MAC – East champions #20 Cincinnati Bearcats head back to Tennessee to take on the AAC – West #17 Memphis Tigers.

Cincinnati are the third ranked Group of Five team and will need to beat Memphis to have any chance of jumping the Tigers and Boise State. The Cincinnati Bearcats finds themselves in their first ever AAC Championship game thanks to going 7-1 in the American this season. Cincinnati won four Big East championships prior to moving to the American in 2013. A win Saturday would ensure consecutive 11 win seasons for Luke Fickell.

Below is my pick for the #20 Cincinnati Bearcats at the #17 Memphis Tigers. All lines are from the FanDuel Sportsbook.

Cincinnati’s nine game winning streak came to an end last week as then #18 Memphis came away with a 34-24 home win. The Tigers never trailed in this one, but it was a one possession game most of the game. The loss means Cincinnati will now head right back to Memphis for this AAC Championship game. Cincinnati is 4-2 on the road this season with their only losses being to then #5 Ohio State and last week to Memphis. Against AAC – West opponents, Cincinnati is 2-1 with wins over Houston and Tulsa. Cincinnati is 7-5 against the spread and the under has hit in nine of their 12 games this season.

The Memphis Tigers clinched a championship game berth with a 34-24 win over this same Cincinnati team last week. Memphis has now won six straight games and appear to be the best Group of Five team in the country. The Tigers are 6-0 at home with notable wins over Ole Miss, #15 SMU and #19 Cincinnati. Against AAC – East opponents, Memphis is 2-1 with their lone loss coming at Temple. Memphis is 7-4-1 against the spread and the over has hit in eight of their 12 games this season.