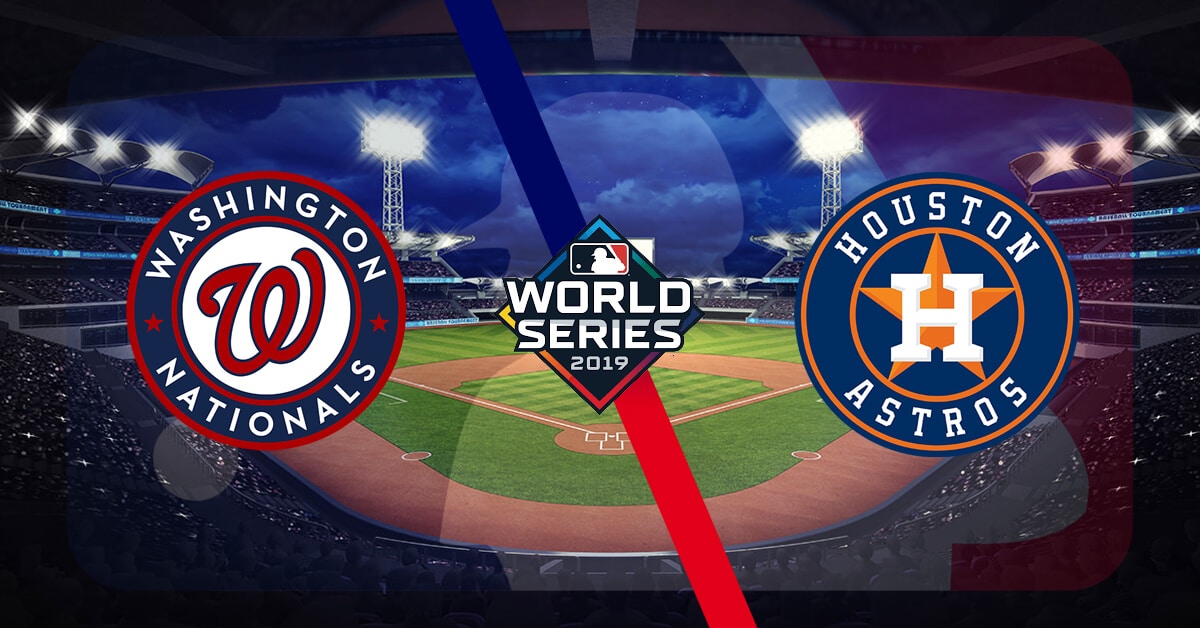 The 2019 MLB World Series is set after a crazy Saturday night in Houston. The Houston Astros hosted the New York Yankees in Game Six of the ALCS and entered the top of the 9th inning with a two run lead, but a two-run home run by DJ LeMahieu tied the game up heading into the bottom of the 9th. The Yankees turned to Aroldis Chapman in the bottom of the 9th and that would be the end of New York’s season as Jose Altuve hit a two-run home run to send Houston to the World Series. Waiting for the Astros will be a well-rested Washington Nationals team that swept the St. Louis Cardinals in the NLCS and have been resting since last Tuesday.

Current odds for the World Series winner is the Houston Astros at -220 and the Washington Nationals at +175. If you think there is going to be a sweep you can get +600 odds on that.

Below is my pick for Game One of the 2019 World Series. All lines are from FanDuel Sportsbook.

The Washington Nationals will be making their first World Series appearance in franchise history as the Montreal Expos could not reach this phase during their existence from 1969-2004 and the Nationals have not reached this stage since starting play in 2005. The Houston Astros will be playing in their third World Series in franchise history having played this far into the playoffs in 2005, when they were still in the National League, and back in 2017 when they win the World Series as part of the American League.

The Nationals will turn to Max Scherzer in Game One who has pitched in four games this postseason and progressively gotten better each start. Scherzer gave up three runs in five innings of the Wild-Card game, but since then has pitched 15.0 innings and given up just one run. The Astros will turn to the on fire Gerrit Cole who has pitched in three games this postseason and giving up just one run in 22.2 innings. Cole has also struck out 32 batters in the playoffs while giving up just 10 hits and eight walks.

Game One Prediction: I don’t see Gerrit Cole slowing down, so I am backing Astros -200 in this one.