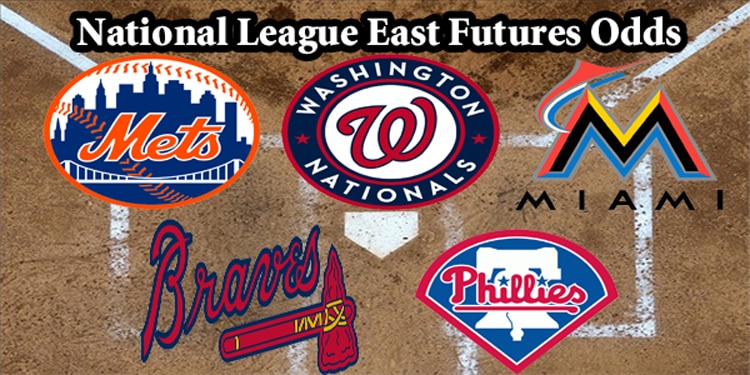 The NL East was supposed to be a much better division than this. The pecking order is taking shape as we get more and more results, but this division is actually a dud. The Philadelphia Phillies and Washington Nationals have not played particularly well to this point and the Atlanta Braves continue to take a step forward and two steps back.

However, the preseason favorite Braves are not that far off the pace. The division betting odds don’t exactly paint that picture, as the Mets are a pretty overwhelming favorite already very early in the process. The idea that the Mets would be over -300 with more than 100 games to go in the season is a little bit surprising, all things considered.

It is always interesting when a division without a favorite has one emerge that quickly. The perception was low enough coming into the season on the Mets that they would at least be in long battle with the Braves. Why would that change after less than half of the season?

In order to look deeper into that, we have to look at perception and geography. The Mets are in Queens, which is close to New Jersey and several other states with legalized sports betting. Atlanta is in Georgia and the Tennessee sports betting market is not going to be overly concerned with baseball. Prohibiting bettors from getting a good price on the Mets makes more sense than offering a fair price that will get bet into.

Are the Braves worthy of a bet at this point?

Odds To Win The NL East

Yes. Yes they are. The Mets are the favorites to win the division per all the playoff odds sites and they’re also in first place while dealing with a ton of injuries. We also have a team in the Braves that is off to a surprisingly slow start and a team that hasn’t really gotten going on the pitching side, despite a lot of good options.

Even if the Mets are going to win this division, a +325 price on Atlanta seems way too high at this juncture. If the odds are right and this is a two-horse race, the Braves and Mets still have a lot of head-to-head meetings that will help decide a winner in the NL East. The Braves do have some ground to make up, but they’ll be afforded that chance as the summer goes along.

Are the Phillies or Nationals worthy of consideration? Probably not. The gap is not insurmountable for those two teams, but the Mets and Braves just look so much stronger. The bullpen woes for the Phillies have continued, despite a facelift on the roster. The Nationals once again have starting rotation concerns beyond Max Scherzer.

It’s a two-horse race. One horse is a few lengths ahead, but the other horse has good closing speed and +325 is too big of a price right now.

HAVE A PICK YOU LIKE IN THE NL EAST? BET IT AT DRAFTKINGS