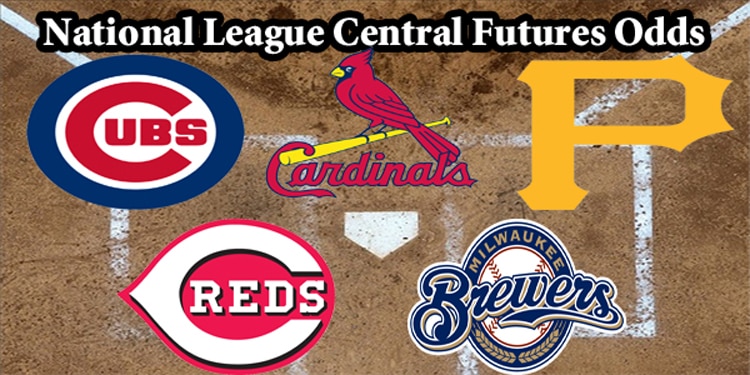 It would be hyperbolic to say that we’re looking at an NFC East situation with the National League Central in 2021, but this is clearly the worst division in baseball. During an offseason in which teams crying poor was the norm yet again, the Chicago Cubs had the loudest wails, shedding salary and pretending as though they had no operating capital to improve the roster.

The Cincinnati Reds have made significant internal pushes and seemed to make a conscious decision not to be a major player in free agency. It is hard to fault them for that, as they are one the smallest markets in baseball by population size and put out lots of money to acquire guys like Mike Moustakas and Nick Castellanos in the open bidding process over the previous two winters.

The Milwaukee Brewers are the smallest MLB market, but they’ve still found ways to spend efficiently and effectively while fielding a competitive team for several seasons in a row. On the other hand, limited financial resources are always going to be a hindrance and require development form within. They were a few years ahead of the Reds in making that internal investment, but we’ve seen their process churn out players like Josh Hader, Brandon Woodruff, and Keston Hiura to go along with the success of the Christian Yelich trade.

The St. Louis Cardinals are a tremendous example of what organizational consistency can achieve. They have not had a losing season since 2007. They only have one division title in the last five years and have actually finished more than seven games back in three of the last four full seasons, but you can never really write them off. Hell, they’ve had one losing season since the Y2K scare.

Then there’s the Pittsburgh Pirates. Bob Nutting was probably so upset that the Cleveland Indians shed so much payroll that he wanted to make sure that the Pirates would win the prize for Lowest Opening Day Payroll sponsored by Dollar Tree.

I guess we could call this a four-horse race, if the four horses were Shetland ponies galloping in a field of daisies. The winner of this division could very well end up with 85 games and the top four contenders will take turns beating each other. And it won’t be because of parity. It will be because none of them are all that good.

Odds To Win The NL Central

There is a realistic possibility that one team finishes over .500 here and it will be enough to win the division. Generally speaking, these are the areas where I can succeed because I find the edges at the margins that will catapult one team over another.

I’ll start with the Reds, who I think have the highest ceiling in the division. I’ve long held a belief that teams that go all-in with analytics are going to improve. Look no further than the Baltimore Orioles, who made a huge commitment to analytics prior to 2019. That season wasn’t a good one, but Baltimore was a league average team in a lot of ways and was even a .500 team with a positive run differential according to the BaseRuns alternate standings metric.

The Reds have made huge strides in the K% department on the pitching side. They’ve unlocked higher spin rates for their pitchers. The problem for the Reds, as it seemingly has been the last several years, has been the offense. The Reds scored 4.05 runs per game last season. The Reds have also unlocked so much potential on the pitching side that I have to think offensive gains are coming with a major commitment to fixing that side of the equation.

The Cubs still have solid pieces in the lineup, but that was a below average group during the sprint and a little better than league average in 2019. Now the starting rotation looks really poor behind Kyle Hendricks and, depending on your view of him, Zach Davies. Chicago also has a lot of impending free agents that are all likely to leave and see what the market holds. The Cubs will have to make a choice if they want to try to contend or try to get something for those rentals in July.

The Brewers are something of a “Stars and Scrubs” unit. Keston Hiura and Christian Yelich are both special players, but the rest of the lineup is below average and Lorenzo Cain turns 35 this season. Brandon Woodruff is elite and Corbin Burnes flashed a ton of potential, but Josh Lindblom, Adrian Houser, and the other depth options all struggled. Josh Hader and Devin Williams are exceptional relievers on an overall solid bullpen, but the offense is a major worry and this is a team incapable of withstanding any major injury.

The Cardinals, like the rest of the division, sport an average to below average offense and don’t have the same pitching upside as a team like the Reds. Paul Goldschmidt’s bounce back season eased my fears about his age and the start of some decline, but not many other players stand out in a lineup that produced a pathetic .371 SLG that ranked 27th. The Cardinals are a smart, athletic organization with a defense that hid some of the pitching staff shortcomings for the second straight year. The Cardinals have been ninth and fifth in ERA the last two seasons, despite being 19th and 11th in FIP and 16th and 12th in xFIP.

The Cardinals did add Nolan Arenado. I don’t think the gap between the Cardinals and the other three teams in the division is all that big, but name recognition altered the prices in the NL Central, leaving the Cardinals with basically no betting value. They should win the division, but we’ll be nice and say that this is the most-balanced division.

Obviously the only way the Pirates are a factor is if they can play spoiler at all.

From a price standpoint, the Brewers at +385 are my favorite of the teams in this division. The Reds at +325 would be my second choice. Rather than play around with these division prices, though, I’d rather take my shots in the World Series market. The winner of this division, as bad as it may be, will skip over the Wild Card Round and get a guaranteed best-of-five series. The Reds and Brewers would be somewhat live with the arms at the top of the rotation.

So, if you want to fire on a future or are in some sort of pool, the Brewers eke out the Reds. The Cardinals aren’t even on my radar at even money, even with Arenado. I have seen better St. Louis prices out there that could be of interest, but I’m not overly bullish on the Redbirds. I’d rather have the Redlegs or the Red Ale Makers.