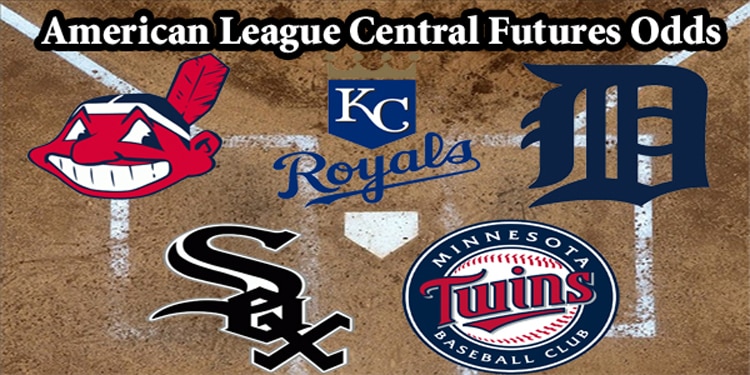 The AL Central could have been a three-team race to the finish line had everything gone according to plan. It looked like the Chicago White Sox and Minnesota Twins would be in it for the long haul and if the Cleveland Indians were able to thread the needle with their minimal margin for error, it could have made for a really fun summer in the AL Central.

At this point, the Twins have been so bad that the Kansas City Royals have better odds to win the division. The Detroit Tigers are playing a lot better than their 100/1 price tag, but they dug such a deep hole in April that there is no turning back from that, at least in terms of winning the division. For Detroit to finish somewhere in the realm of .500 would be a huge win for that team.

The Chicago White Sox were the odds-on favorite to win the AL Central and are now a bigger odds-on favorite. The White Sox and Twins were lined effectively the same in the season win total markets, but one team has lived up to its expectation and the other has not. Not even remotely close.

The AL Central looks like a dud throughout the summer, but there is one burning question that we can answer.

Odds To Win The AL Central

Are the Chicago White Sox worth betting at -400? The odds of -400 imply a probability of 80%. Most baseball sites have the White Sox around 80% to win the division. Are the true odds greater than that?

It sure seems that way. The Indians have overachieved to post a respectable record in the division, but Cleveland was the only other team in the AL Central with a winning record as of the day when the updated odds were posted. They’re lucky to be where they are, especially with some injuries and some losses on the starting pitching side. They have a horrendous offense.

A challenger seems unlikely to emerge from the AL Central, which means that the White Sox are only going to become a bigger and bigger favorite. What is -400 now could very well be -500 or -600 in the blink of an eye. It is a long time to hold your money to get 25 cents on every dollar wagered, but it sure seems like the White Sox are destined to coast to this division title and could very well be the only team to finish over .500 in the division.

Sure, you could have had a better price earlier, but it’s about looking at the here and now with a lead of this magnitude in the division. That means White Sox -400 isn’t that bad of a bet at all.